One of the bear cubs orphaned earlier this week in Pine was trapped early Saturday morning, Colorado Parks and Wildlife announced in a tweet.

Wildlife officers often take time with homeowners and children to educate them about bear biology and living with wildlife. These girls enjoyed meeting this cub. pic.twitter.com/etlJWwPpZi

A couple fought off the cub’s mother with punches and a baseball bat after the animals broke into their home on Monday night, the Jefferson County Sheriff’s Office said.

The sheriff’s office said the mother bear and her cub entered the home on Zurich Drive in Pine, about 10 miles southwest of Conifer, about 8:30 p.m. and began eating a loaf of bread. 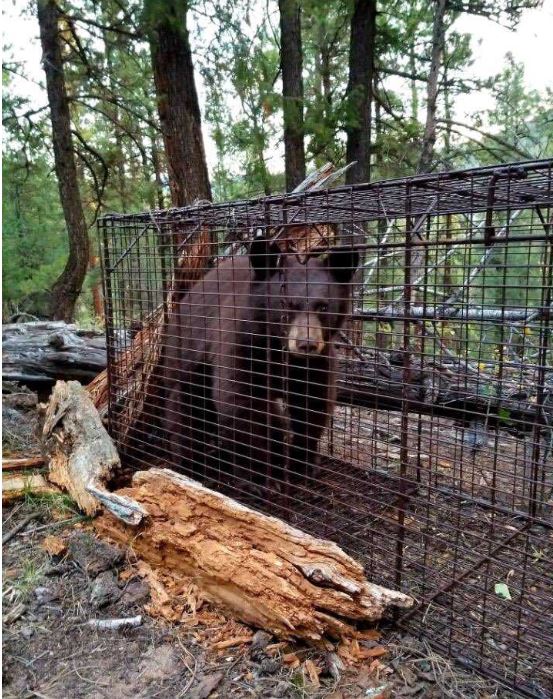 The tweet said that the cub is being taken to Frisco Creek, which is a wildlife rehabilitation facility operated by the department.

“The purpose of rehab is to mimic, as much as possible, the conditions an animal will face in the wild to prepare it for a successful release. Contact with humans is minimized. Bears live in a secure enclosure with other bears which helps them to develop physically and socially,” a followup tweet said.

The second bear cub has not been located.

Strasburg woman turns out to be perfect kidney match for husband

DENVER (KDVR) -- When a young father from Strasburg learned he would need a new kidney to survive, the love of his life made a heartfelt decision to help out.

GREELEY, Colo. (KDVR) - Several schools in Greeley are on lockdown as police respond to a nearby home where a person is barricaded inside.

The incident is occurring in the area of 21st Street and 28th Avenue, not far from Meeker Elementary School.

DENVER, Colo. (KDVR) - A Denver Sheriff Department deputy has been suspended for 14 days for failing to take proper action in a jail incident in which multiple deputies piled on top of an inmate as he was being moved to a new cell.

Some of the deputies and the inmate were hospitalized after the incident.

Strasburg woman turns out to be perfect kidney match for husband

Gov. Polis message to CU Boulder: ‘Buffs, I know you can do it’

Gov. Polis message to CU Boulder: ‘Buffs, I know you can do it’