DENVER — A Untied Airlines flight to Orlando, Florida, was forced to return to Denver International Airport on Sunday morning because of a mechanical issue with one of its engines.

It circled around DIA before landing safely back at the airport at 8:27 a.m. 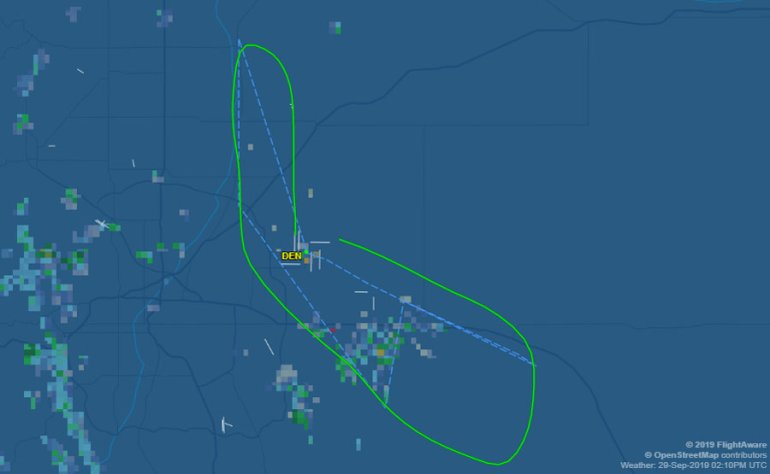 @united From all the passengers of flight UA293, this was more than a"minor inconvenince." The engine malfunctioned on the Boeing 737 and this happened MID-FLIGHT.. at first I thought it was a colonial woman on the wing and there was something they weren't telling us. pic.twitter.com/vrMfXEM2n4

United said in a statement that passengers were placed on a different plane to Orlando. No passengers or crew were injured.

ENGLEWOOD (KDVR) - A bull elk was videotaped by a trail camera showing him with an automobile tire around his neck. Colorado Parks and Wildlife would like to help the animal, but do not know its location.

It’s something you just don’t see every day, or ever. A bull elk wearing a tire like a necklace.

DENVER (KDVR) -- A religious group in Colorado is calling for the termination of both Aurora and Denver police officers, involved in three separate incidents—all of which they’re characterizing as racial profiling.

“We are all traumatized by what happened, because we’ve never had that happen before,” Brittany Gilliam said during a press conference over the weekend.

More than 97,000 children tested positive for COVID-19 in the last two weeks of July, report says