PUEBLO, Colo. — A new search began Wednesday in the cold case of a Denver woman who disappeared in Pueblo in 2013, the Colorado Bureau of Investigation said.

Kelsie Schelling, 21, was eight weeks pregnant when she disappeared four years ago.

The investigation and search for Schelling reopened because of recent leads in the case. Investigators are focusing on the areas near where Schelling was last known to be in southwest Pueblo.

After almost five years, Schelling’s family sees these developments as reason for hope.

Members of the Pueblo Police Department, the Colorado Bureau of Investigation and FBI collaborated to work on the new information. Bloodhounds from Elizabeth were also there.

Schelling’s mother, Laura Saxton, was there. She and her family want answers about what happened to the woman.

“We’re going through our fifth holiday season without Kelsie and her baby, and I can’t tell you what torture that is … another Christmas without her,” Saxton said. 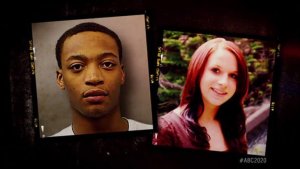 Saxton said her daughter disappeared shortly after she texted a photo of her ultrasound to her ex-boyfriend, Donthe Lucas.

She reportedly texted a photo of her eight-week ultrasound to Lucas, then made the two-hour trip from Denver to Pueblo to meet Lucas at his request.

Lucas asked her to meet on a street near his grandmother’s house; a half hour later, she wrote: “Where are you … I’ve been here for over an hour just waiting.”

DENVER (KDVR) -- With summer vacation weeks away for many students, some families wonder if and how they should travel with children who have not had the COVID-19 vaccine.

"We have more patients in our hospitals now than we did a month ago," Dr. Reginald Washington of the Rocky Mountain Hospital for Children said. "We still have patients in our clinic, including children."

Scientists are still learning a lot about how the vaccines impact us in terms of side effects.

DENVER (KDVR) – Parents Nina and Derek Beck are hoping their two-and-a-half-year-old, Emilia, will help save lives.

Emilia’s entire family got COVID-19. Emilia, the littlest member of the family, hardly had symptoms — until a few weeks later.