Now in its 113th year, the show saw near-record attendance; 700,000 people showed up to watch everything from mutton busting to the “Top Hogs of the Wild West” event.

An annual parade helped kick off the show as thousands of people to lined up to see a cattle drive with longhorns, horses, cowboys, cowgirls, tractors, bands and floats trot through the streets of downtown Denver. 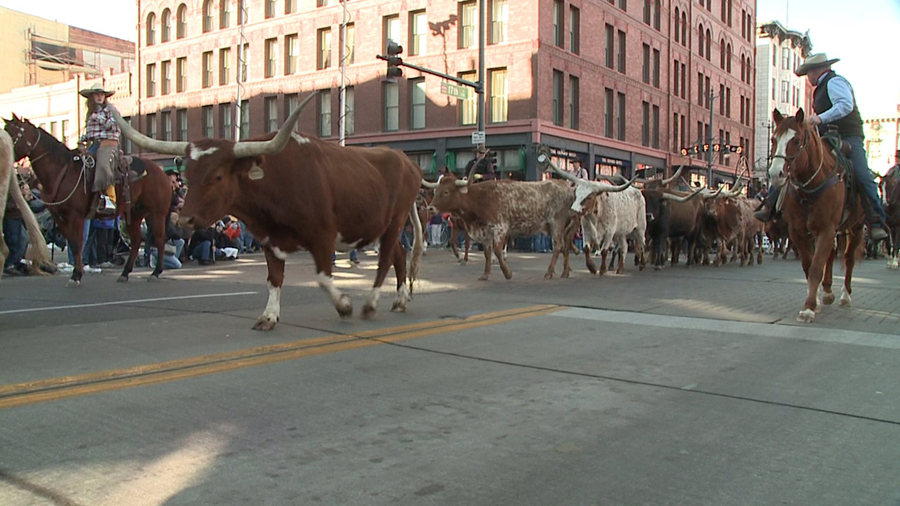 One of the last events of the show was the Stock Dogs Trial, an event that tests the obedience and training of border collies, which serve as the right-hand helpers for many of the cowboys at the show.

“He’s with us everyday, moving cattle. It’s like having another hand, another helper, another cowboy,” said Mark Henderson of his dog, Gus.

Henderson describes Gus as a “purebred, registered, died-in-the-wool, good old Scottish border collie” who has a knack for rounding up animals — in this case, sheep — on Henderson’s land.

This most recent stock show caps off more than a century of western flair, though big changes are on the way, according to Marketing Coordinator Leah Labonte.

“We’re coining this year the ‘Year of the Yards.’ This is the last year our stock yards will be in their current configuration as we prepare to bring in all the new buildings and new structures that we’re going to need for the next 100 years,” she said.

The new venues will accommodate the huge number of people that continue to crowd the stands for 16 days each January.

“We’re having some buildings come down. The construction is starting to happen, so our guests will see a lot of changes in the coming years,” Labonte said.

JEFFERSON COUNTY, Colo. (KDVR) -- The Superintendent of Jefferson County Public Schools announced in a letter on Friday that he would be leaving the district to become the Commissioner of Education for the Kentucky State Board of Education.

Superintendent Jason Glass was hired by the district in 2017.

LONGMONT, Colo. (KDVR) -- The Boulder County Investigations Team and the Boulder County District Attorney’s Office are investigating a shooting that left a suspect critically wounded after he was shot by Longmont officers

According to a release Friday morning, dispatchers received a call around 1 a.m. from a man, calling for a female friend who was unable to call, and lived in the apartment complex, Building A at 600 Martin Street. He reported a black male, who was known to the female, was outside her apartment, harassing her, and refusing to leave. The caller additionally reported the suspect “had a 9 mm in his back pocket.”

DENVER (KDVR) -- Mayor Michael Hancock will provide an update on COVID-19 in Denver on Friday at 11 a.m. You can watch live in the app or on the FOX31 Facebook page.