BOULDER, Colo. — A Boulder resident hosted a very unwelcome guest Thursday night when a mountain lion managed to find its way inside the home in the 400 block of Marine Street.

Police tweeted a photo of the giant cat sitting between a couch and coffee table. The homeowner says the mountain lion entered the home through a screen window and police were called after a roommate  returned to find the scary surprise.

Last night, a mountain lion entered a home on Marine St through a screen door, No people were injured but a house cat was killed. Please keep ground level doors and windows closed and locked at night and when you are not home. (This is also good advice for bears and burglars.) pic.twitter.com/cGseNpx2LI

“Yeah, he said it was terrifying,” said Kayla Slaughter, the homeowner. “It looked right at him and licked his lips and he (roommate) took off. I do have a picture of the mountain lion laying on the couch. It looks like it’s watching TV.”

The family’s house cat, Klondike was stuck inside. Sadly, she was eaten. 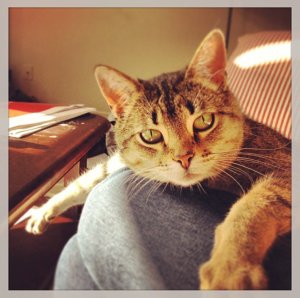 “She was fine and that is hard, that it’s the end that she had,” said Slaughter.

It was heartbreaking for the Slaughter’s, but getting the mountain lion out was an even bigger concern. Neighbors watched as police and wildlife officers shot beanbags at windows.

“It was kind of amazing. It was sort of like looking at a zoo exhibition but you’re looking at a house,” said Jessie Frankel, a neighbor.

“It’s just violating that this animal had free reign of our house for three hours,” added Slaughter.

Authorities finally managed to coax the animal out of the front door. He walked down the street and back into the woods.

Police urge homeowners to keep ground level doors and windows closed and locked at night and when you leave the house.

Man who subdued Club Q shooter given a hero’s welcome

How snowflakes form and why two never look the same

These discounted stocking stuffers are worth buying …

Best Black Friday deals that are half-priced or better

Black Friday gifts and essentials to buy for yourself

Start your Cyber Monday shopping now with these early …

The best Black Friday sales to shop from toys to …