DENVER --- A nonprofit community center in west Denver is picking up the pieces after a devastating burglary. Employees are hoping someone will recognize the suspect’s distinctive walk -- as seen on their surveillance video -- and help get him off the streets.

Organizers of the “Co-op at 1st” say this crime hurts the community the most, because they say so many rely on the co-op for help.

Surveillance video from 2 a.m. on Nov. 22 shows a man pulling up to the co-op in a Saturn car before breaking into the building.

“He took a hammer and knocked off the door,” Salazar said. 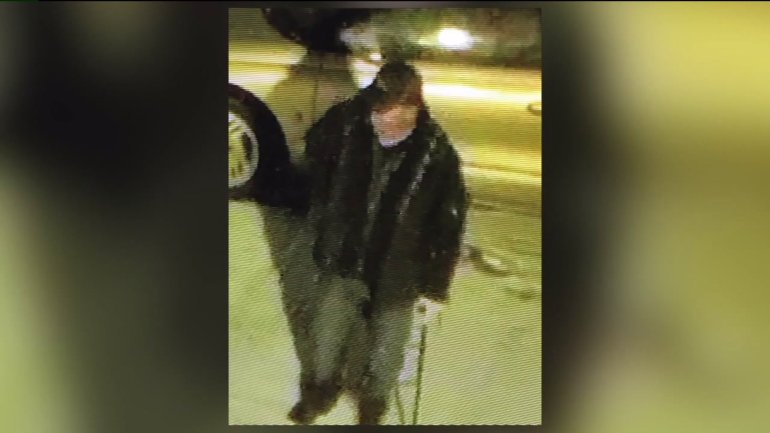 The man is shown walks with a limp and carries a cane.

“The laptop that was donated was stolen from here,” Salazar said.

The criminal stole two tablets, medical mannequins, psychotherapy trauma treatment equipment and CBD oil. He even pried open the nonprofit's donation box and then helped himself to the refrigerator, stealing tofu and cheese.

Apparently, the man was in no hurry.

“He was here for three and a half hours,” Logan Gray said.

While inside, the criminal got the keys to the co-op's red 1999 Toyota Tacoma truck that it uses daily to donate produce. The brazen thief then used the stolen truck to load up his loot.

FOX31: “Do you think this was an inside job or someone who has used your place before?”

Salazar says if the man would have just asked for help, this could have had a far different ending. Now, the co-op is struggling with how to move forward.

“We serve a lot of people every day in this community and without our tools, how can we continue to help them? It’s going to hinder us a little bit," Salazar said.

Salazar says the burglar actually left his cane behind, so they’re hoping police can pull prints from it.

The south side of the Colorado State Park remains heavily drifted in with snow and ice, the Facebook post states.

Just a few days after Denver Mayor Michael Hancock vetoed a measure that would have ended the city’s longstanding ban on pit bull ownership, Gov. Polis posted this photo of a pit bull rescue pup at the Governor's mansion Sunday night.