LAKEWOOD, Colo. — A 24-year-old was sentenced to 48 years in prison Tuesday for shooting another 24-year-old in April, 2015, in Lakewood.

According to a news release from the First Judicial District Attorney’s Office, Damon Porter was sentenced to 48 years, nearly a year after his codefendent Dominic Pacheco-Donelson was sentenced to 24 years for his role. A third person involved, Yazmine Hunter, was sentenced in August to 5 years on probation. 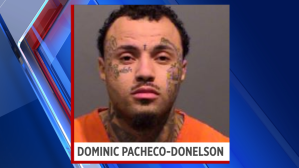 Porter, Pacheco-Donelson and Hunter were in a stolen car with Porter the night he followed William Scott to his apartment complex parking lot. According to the release, Porter and Hunter approached Scott with a gun, and demanded his keys and phone. Porter then shot Scott in the shoulder. He was found guilty by a jury of first-degree assault and three counts of aggravated robbery.

Pacheco-Donelson provided the gun Porter used, and pleaded guilty to aggravated robbery and possession of a weapon by a previous offender. He was sentenced in November, 2018. 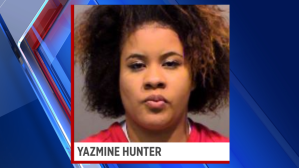 Hunter pleaded guilty to robbery. She was sentenced in August.

DENVER (KDVR) -- Colorado police agencies are seeing an increase in police impersonators pulling drivers over amid the governor’s stay-at-home order.

“It’s frightening. It’s very frightening because we don’t really know what their intentions are. We don’t know who they are. We realize it’s scary for the community and it’s also very alarming for us,” Crystal McCoy, Public Information Officer with the Aurora Police Department said.

VAIL, Colo. (KDVR) -- A 27-year-old Vail woman was diagnosed with COVID-19 earlier this month. Although she no longer has the virus, she says she will still be recovering for months.

"I always tell myself everything could be worse," Stephanie Littlefield said. "To just have to wear oxygen on my back for the next couple of months is the least of my problems."

DENVER (KDVR) -- A Denver native is deployed on the USNS Mercy, working to help ease the strain of COVID-19 in Los Angeles.

US Navy corpsman Mario Alonso has served in the military for seven years.