LONE TREE, Colo. — Anthony Tesoriero was on probation for a domestic violence conviction when he shot his 10-year-old son in the head and then killed himself on the morning of Sept. 21.

On the afternoon of Sept. 20, a family court judge in Douglas County strongly implied at a custody hearing that Tesoriero was about to lose custody of his son Ty to the boy’s mother, Jing Tesoriero. 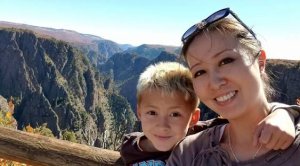 “Did you ever guess that Anthony would harm your son?” investigative reporter Rob Low asked Jing Tesoriero.

Under Colorado law, subjects of a domestic violence protection order are required to relinquish all firearms and ammunition. They are supposed to provide documentation within three days to prove they don’t have a gun.

Anthony Tesoriero never did that, but no one followed up to enforce the law and ensure he did not own a gun.

Therefore, a judge in the case would not know whether Anthony Tesoriero had a gun; the judge would only know that Anthony did not provide the required documentation.

“Law enforcement is not protecting the people crying out for help,” said Jing Tesoriero.

George Brauchler, the district attorney for the 18th Judicial District, pointed out his office did not have jurisdiction in the family court case but said his prosecutors did everything they reasonably could on the criminal case.

Brauchler said his office was never told 2015 divorce records revealed Anthony Tesoriero owned two guns. But even if prosecutors had known, there’s no guarantee a judge in 2019 would’ve felt 4-year-old evidence was sufficient to approve a search warrant. 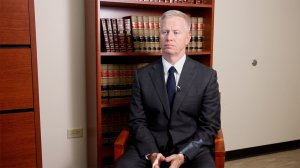 “Since you don’t know — Mr. Prosecutor — whether this person has a firearm to relinquish or not, you don’t have grounds to seek a warrant,” said Brauchler, explaining a judge’s likely reasoning.

In fact, just last year, Brauchler said his office “Tried in seven different cases to get the court to issue a warrant for a bunch of defendants not unlike this one (Anthony Tesoriero) who had not turned in a certification that they had relinquished their firearms to someone else” only to have all the judges in Arapahoe County reject his efforts. 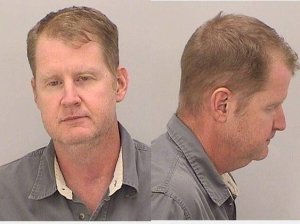 “I think the law right now has proved to be completely ineffective,” said Brauchler.

The second-term district attorney said the law’s intention was good but the wording was not. He favors tweaking the law to close the current loophole, “So it doesn’t matter who doesn’t file. If you don’t file, we get the chance to go to court and ask for a warrant” to arrest the person for non-compliance with probation and potentially to see if the person possesses a gun.

Jing Tesoriero favors closing loopholes but adds it is not just lack of enforcement when it comes to gun possession where she feels let down.

“Nobody wanted to help me enforce the parenting plan because it was a civil issue,” she said.

As a result, she said Anthony Tesoriero wouldn’t make Ty available for parental visits. After four years of custody battles and four different judges, Jing Tesoriero said it was only the most recent Douglas County Judge Patricia Herron who was ready to hold Anthony Tesoriero accountable.

At the all-day family court hearing on Sept. 20, Herron made it clear Anthony Tesoriero was likely going to lose primary custody after she issued a new ruling over the weekend. 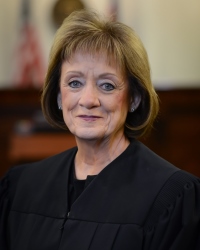 But Herron did allow Ty to go home with his father that Friday night. At 1:04 a.m. Saturday, Anthony Tesoriero sent a group email to Jing Tesoriero, Herron and Assistant District Attorney Daniel Warhola.

Part of what he wrote to Jing included, “You might have thought you won something today but all you’ve done is lost everything for Ty….I was fully prepared today to kill any DHS, police or anyone else that got in my way. Luckily for them, the scumbag judge didn’t them any orders during the hearing. By the time you finish reading this, Ty will be moments away from joined (sic) me in the afterlife.”

To Herron, Anthony Tesoriero wrote, “Good job berating and speaking down to me today. Your words were the final strew (sic). In many ways you helped make my choice. Our future ‘status conferences’ are now DOA and I hope to see you in hell.” 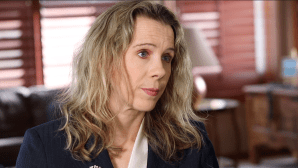 “To take the most weakest and fragile thing from this earth to permanently punish a mother is unforgivable,” she said.

Now, Cooley and Jing Tesoriero want Gov. Jared Polis to call for an independent investigation. Currently, Ty’s death is being reviewed by the Child Fatality Review Board but that’s led by the Department of Human Services, which Cooley and Jing say failed them for the past four years. 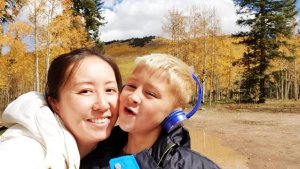 “We had ample opportunity to get Ty the help he needed but our pleas for help were continually ignored,” said Cooley.

The governor’s office released a statement to FOX31:

“The Governor recognizes what an unspeakable tragedy this is and his heart is heavy for the family during this difficult time.  Nothing can be more difficult than losing a son or daughter. We are making sure the department takes a very close look at this and addresses any systematic changes that need to occur. The child fatality review team is made up of independent individuals from various disciplines and there should be confidence in the process. This case also involves counties and courts and there is a statutory process to ensure a thorough and independent investigation is conducted.”

The case was not affected by the ‘red flag’ law, which is set to go into effect in 2020.