GOLDEN, Colo — The Jefferson County District Attorney has filed charges against a man accused of starting a condo fire in Littleton earlier this month. 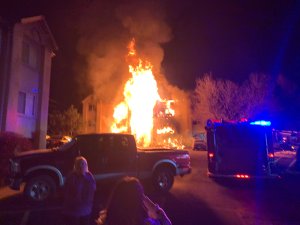 Duran was arrested earlier this month after the fire in the 8400 block of South Reed Street in Littleton. One firefighter had to be taken to the hospital and several people were displaced.

The Jefferson County Sheriff said they believed the fire was intentionally set.

Man who subdued Club Q shooter given a hero’s welcome

How snowflakes form and why two never look the same

These discounted stocking stuffers are worth buying …

Best Black Friday deals that are half-priced or better

Black Friday gifts and essentials to buy for yourself

Start your Cyber Monday shopping now with these early …

The best Black Friday sales to shop from toys to …