FORT COLLINS, Colo. -- A man has been arrested in connection to at least one of the six unsolved random shootings that happened in northern Colorado in 2015.

Christopher Parker, 35, was arrested on Tuesday and is facing first-degree murder and attempted murder charges. Parker, of Loveland, made his first appearance in court on Wednesday. 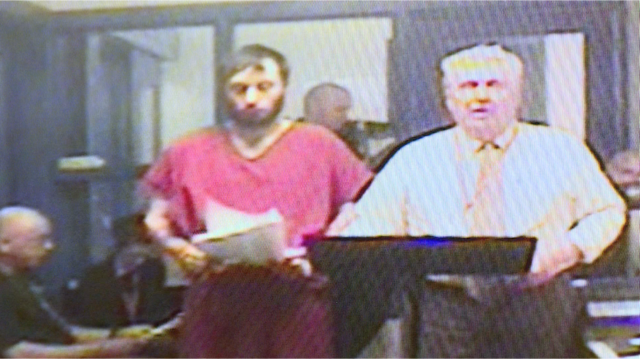 RELATED: Timeline of events in the 2015 northern Colorado shootings

The incident Parker is charged with happened on June 3, 2015, when William Connole was shot and killed while standing at the intersection of East First Street and North St. Louis Avenue in Loveland.

The Northern Colorado Shootings Task Force, which has been investigating the shootings, forensically linked Connole’s death to the attempted shooting of a motorcyclist near Denver Drive and East 18th Street in Loveland.

Connole was one of two people killed in a string of shootings that took place near Fort Collins, Loveland and Windsor three years ago.

In one of the incidents, a woman was shot through her throat while driving along Interstate 25.

A spokesman for the task force and the Larimer County Sheriff’s Office would not confirm if Parker is the suspected shooter in that case. A news conference will be held Thursday morning.

"Yeah, I never saw any cars there," Daniel Romero said. "Nobody ever came by. No guests except for the person that lived next to him.

"It must have been a relative cause he never came outside and if he did, it was either to his truck and right back inside.”

Another neighbor showed pictures of an armored police vehicle outside his home last year.

Officers were back at the home again this week and arrested Parker.

Many people were glad there at least seems to be a break in the case.

BOULDER, Colo. (KDVR) -- After shutting down facilities on Tuesday due to positive COVID-19 cases in the organization, the University of Colorado men's basketball team resumed operations on Thursday.

The team's game against Arizona on Wednesday was postponed. As the team is back up and running, the game on Saturday will be played as scheduled.

DENVER (KDVR) -- Researchers analyzed test results from 4.4 million students across the U.S. and found that while students have made learning gains during the COVID-19 pandemic, they are not gaining as much ground in math.

The study was conducted by the Northwest Evaluation Association. It examined MAP Growth Assessments from fall 2020 compared to fall 2019 for students in third through eighth grades.

DENVER (KDVR) -- Two people are in custody after a pursuit by two police departments ended on foot on Thursday morning.

Temperatures heat up to the 40s Thursday, dry pattern returns