Reed tried to hire a cellmate in the Arapahoe County Detention Center to murder his ex-wife who was already fighting brain cancer. When the cellmate, 34-year-old Charles Martinez, tipped off deputies, Reed then tried to hire two other inmates to kill his ex-wife and Martinez. 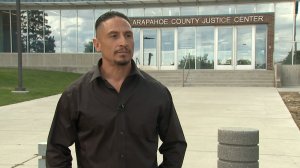 “Hiring people to kill me, hiring people to kill his wife isn’t going to solve any of his problems. All it did is compound his own and I wanted him to understand that we’re not the one who put him there. James Reed put James Reed where he’s at,” said Martinez in an exclusive interview with the FOX31 Problem Solvers.

FOX31 was not allowed to show Reed’s ex-wife or two of his daughters in court. All three gave victim impact statements describing Reed as an abusive alcoholic who tormented his family physically and emotionally for years. 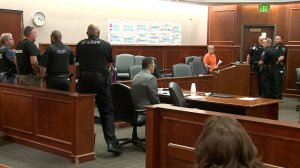 Arapahoe County Sheriff’s deputies in bullet-proof vests stood guard over the family. It’s believed family members may still live in witness protection because of Reed’s persistent efforts to have his ex-wife killed. 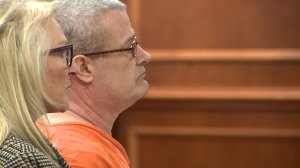 At his sentencing, Reed told the court, “To my family, I’m sorry to hear what you think of me and of your suffering.”

His comments came after his ex-wife revealed in her victim impact statement that Reed slipped her date-rape drugs while she was battling cancer. At one point, Reed’s ex-wife told Arapahoe County Judge Ben Leutwyler that Reed raped her so violently while she was unconscious that she had to be taken to a local hospital by ambulance.

Reed’s ex-wife said during her victim impact statement that when she was first diagnosed with cancer, her husband “Told me to shut up and stop crying, cancer isn’t a big deal,” later adding, “Mr. Reed only wanted to keep one of our marriage vows: ”till death do us part’.” 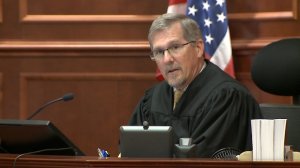 “I am certainly glad, sir, that you were there and did the right thing. Another inmate may well have simply have taken the money and attempted to have (Mr. Reed’s ex-wife) killed,” Leutwyler said.

As FOX31 has previously reported, Martinez was placed into witness protection when he agreed to help law enforcement but was later kicked out after he admitted to using drugs while in the program. 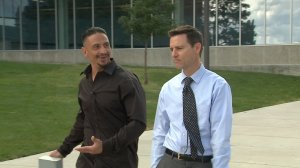 Reed was in jail for violating a protection order against his ex-wife for stalking her at her workplace when he tried to hire Martinez. Despite everything he put his family through, both his ex-wife and two of his daughters (he has four children) told the courtroom they forgive him.

DENVER (KDVR) - To play or not to play fall sports. That decision will have a major impact on colleges and universities around the country, and the impact will reach far beyond the school's athletic departments.

A total of $4.1 billion in revenue is at stake for the major universities around the country if no football is played in the fall, according to USA Today. That economic hit will trickle down to, not only other sports, but academics and the entire college experience.

DENVER (KDVR) - Two months after a massive billboard on South Broadway collapsed in a storm, local businesses continue to suffer from the impact.

On June 6, thunderstorms and strong winds quickly and powerfully wrecked havoc and much of the Front Range.

The Pine Gulch fire started on July 31 and was caused by lightning. It is burning in rugged terrain roughly 18 miles north of Grand Junction in Mesa and Garfield counties.

“No one is above the law”: DA Brauchler to review detainment of Aurora family

A US first: New Hampshire woman gets second face transplant

Tutoring for a Unique School Year

50+ of the best breweries in Colorado

“No one is above the law”: DA Brauchler to review detainment of Aurora family