WELD COUNTY, Colo. — Two men are in custody thanks to a chance encounter with a Weld County Sheriff’s deputy early Tuesday morning.

Deputy Alex Johnson was dispatched to reports of a burglary at a home on the 22000 block of Weld County Road 25.

Johnson says the homeowner was able to get surveillance footage of two men robbing his garage before they escaped in a red Toyota Celica.

“I saw a vehicle parked on the side of County Road 46, and as I got closer to it, I realized it was the red Toyota Celica with the distinctive features,” he said.

Johnson called for backup, with officers from La Salle, Milliken and Johnstown responding.

The Weld County Sheriff’s Office says 29-year-old Luis Campos and 27-year-old Adam Cole were in the process of burglarizing another home. Both were taken into custody. A large variety of tools, binoculars and saws were found in the car.

“There were just tools all over the place,” said Johnson. “Typically used by burglars to cut chains or break into buildings.” 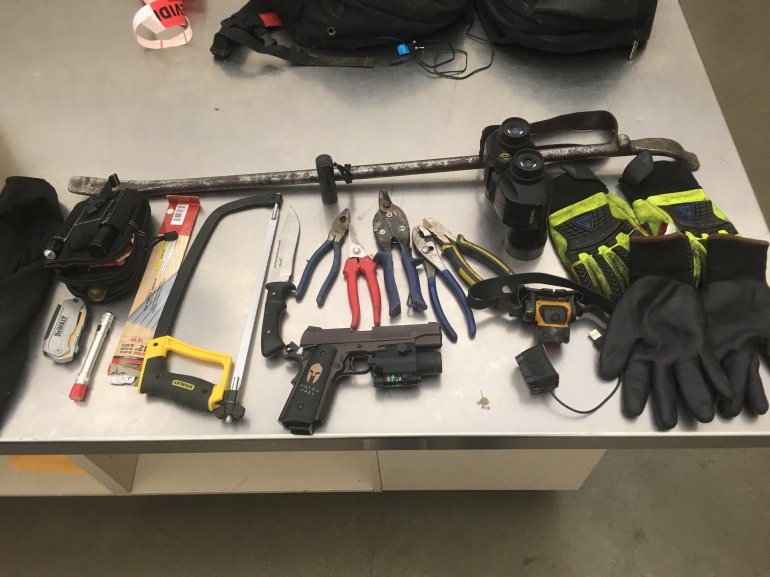 Both men are facing a number of charges, including burglary, trespassing and criminal mischief.

“Not only did I help my original victim, but I helped a potential second victim as well,” Johnson said. “So it’s a good feeling.”

(NEXSTAR) - With more than half the country at least partially vaccinated, many are eager to venture forth from their homes and travel.

But before you hit the road, it's important to remember that COVID-19 is still prevalent in the U.S., and airports bring together people from all over the place -- not just from the region where the airport is located.