DENVER — For the first time in 21 months, Colorado is drought-free, an incredible turnaround from a year ago when the state was decimated by fires.

The U.S. Drought Monitor update this week from the U.S. Department of Agriculture showed all of Colorado was out of drought conditions for the first time since Aug. 28, 2017.

Only 0.01% of the state — about 8 square miles — is experiencing abnormally dry conditions in Montezuma and Yuma counties, but those areas are not considered to be in a drought. 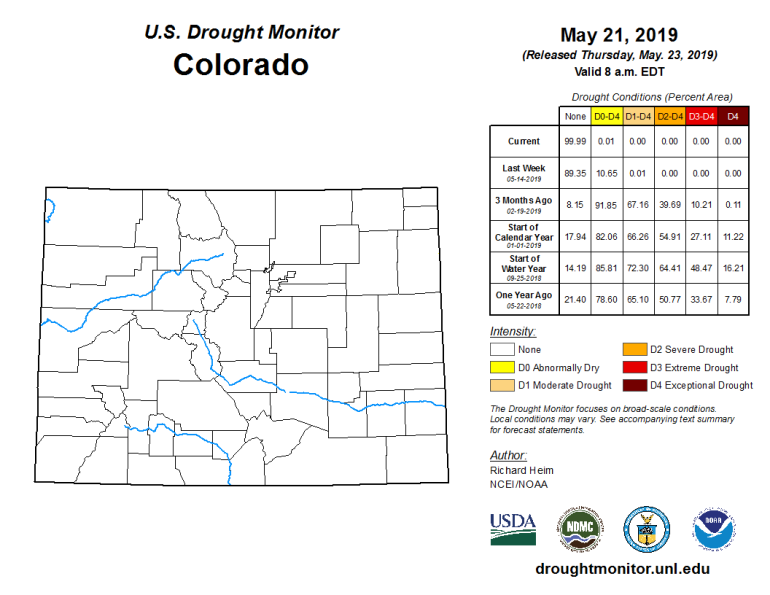 In fact, it’s the lowest amount of dryness in Colorado since the Drought Monitor began in 2000.

It’s an incredible turnaround from last summer, when about 80% of the state was experiencing some sort of dry status.

Even three months ago, 8.2% of the state was experiencing drought conditions and 67% was under severe drought or worse.

But no more, not after a winter and spring brought large amounts of snow to the mountains and high amounts of moisture to the Front Range.

The mountain snowpack is about double where it typically would be in late May and most of it has yet to melt and run off.

As of Wednesday, Colorado’s snowpack was at 240% of normal, according to the Natural Resources Conservation Service. 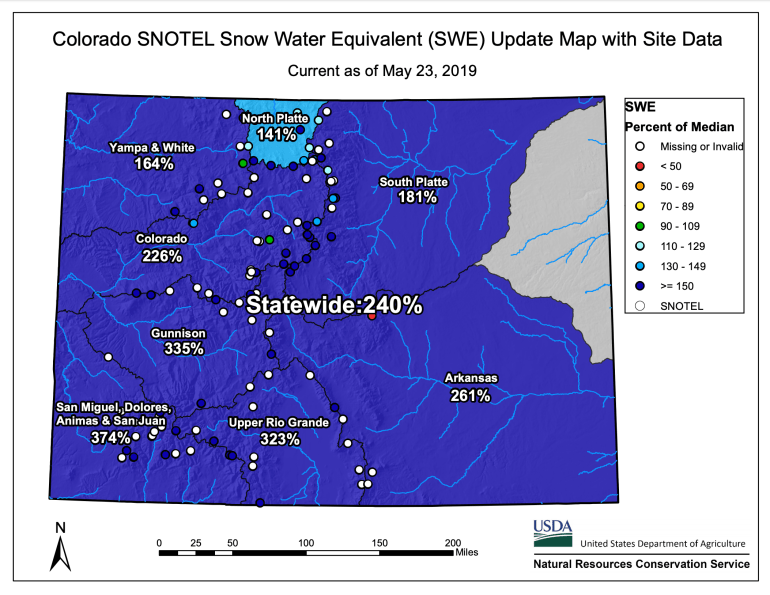 At the end of April, reservoir storage statewide was 90% of average but only 53% of capacity. But with so much snow still on the mountains, those figures are expected to rise through spring and summer. 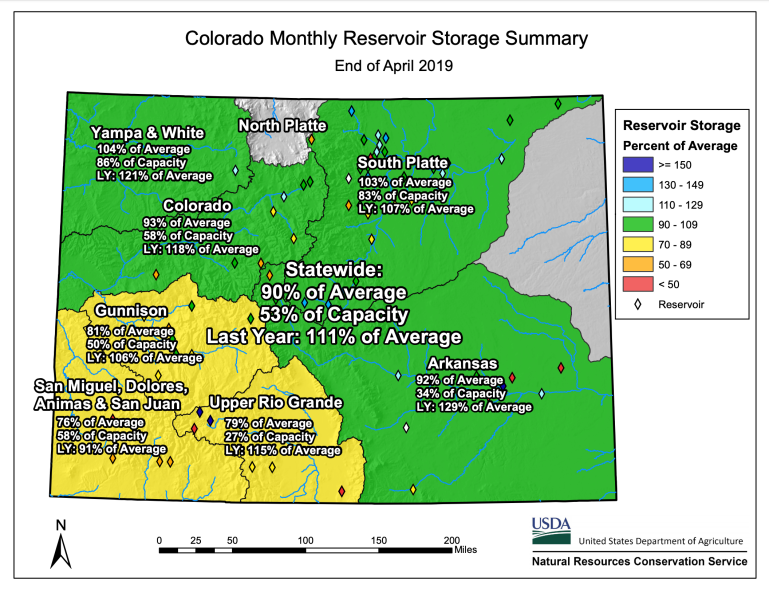 The Nuggets had a chance to win at the end but Facundo Campazzo missed a 3-pointer at the buzzer.

DENVER (KDVR) -- A projected timeline for the future of the state's COVID-19 dial is giving members of the restaurant and events industry something to look forward to.

"It really gives us a snapshot into the next four to six months which our industry needs to survive," said Brynn Swanson, co-founder of the Colorado Event Alliance.

DENVER (KDVR) – Bias-motivated crimes against Asian Americans have been on the rise nationwide over the past year. Colorado is not immune. Denver’s mayor is sounding the alarm on the issue.

The Asian Americans who spoke to FOX31 for this story said crimes targeting their community are extremely underreported. They also explained that racism targeting Asians is nothing new, but the pandemic has made it much worse.

The last time Denver had snow this deep

Should schools still have snow days or move to remote learning instead?

Shooting at intersection in Aurora began with argument in parking lot

What is level blue on Colorado’s COVID-19 dial? Here’s what you need to know