VanDyk was one of four officers whose bodycam footage was released to the FOX31 Problem Solvers Monday morning following a public records request by investigative reporter Rob Low. 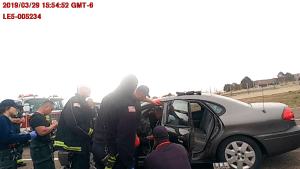 Even though nine officers responded to the scene March 29, when Officer Nathan Meier was found passed out in his car, Aurora Police insist only four officers were equipped with body cameras that had been turned on.

Deputy Chief Paul O’Keefe was the first responding officer, but because he had just gotten off duty and was heading home, he was not wearing his assigned body camera.  He can be seen saying on one bodycam that he removed Officer Meier’s gun and taser and placed both in his personal car.

Police reports would later show O’Keefe admitted he smelled a faint odor of alcohol at the time but not enough in his opinion to seek a warrant for a blood draw. Meier would later share his hospital records with Internal Affairs knowing the blood alcohol results could not be used against him in a criminal case. 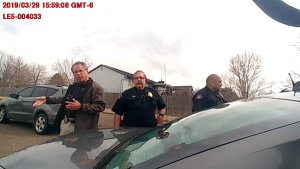 O’Keefe was one of three Aurora Police officers who admitted smelling alcohol on Meier, yet Meier was never investigated for a possible DUI. That decision has drawn outrage across the metro area with accusations police protected one of their own from possible criminal charges.

18th Judicial District Attorney George Braucher told FOX31 he will now take a look at the evidence in a case that was never brought to him nearly nine months ago when it happened. “We reached out to the  Aurora Police Department. They’ve been very cooperative and forthcoming in providing us the information that they had generated based on their contact with officer Meier,” Braucher said. 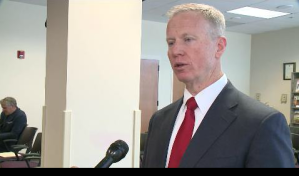 Brauchler has no authority to review how Aurora treated Meier and whether the department showed favoritism, all he can do is revisit the evidence to see if criminal charges can still be brought against Meier.  But Brauchler acknowledged charging Meier with a DUI or Prohibited use of a Weapon by someone who’s intoxicated could be challenging because Meier’s blood alcohol content isn’t legally admissible.

“How do I have access to that blood? Just because a hospital took it doesn’t mean I can walk in and say ‘Hey I want that sample of blood that you got,'” explained Brauchler, because police never obtained a search warrant to obtain the blood results for the purpose of a criminal investigation.

But bodycam footage from Aurora Police officers and 911 calls certainly suggest probable cause for a search warrant might have existed if police had attempted to get a warrant back on March 29.

It’s not just the words heard on Officer VanDky’s bodycam — “he’s a little intoxicated” — might be interpreted by some as a sarcastic understatement, but the information witnesses shared with a 911 dispatcher.

Shauna Medeiro called 911 at around 3:30 p.m. on March 29 and told a 911 operator, “He’s [Nathan Meier] not responding. The car is still running, it looks like he put it in park. His eyes are open, totally glassed over, he’s not responsive at all.” 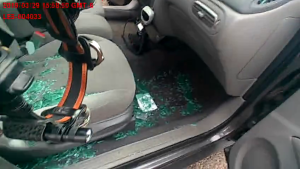 It turns out Meier was so intoxicated that he didn’t even stir when firefighters broke the glass out of his passenger side window to unlock his car.  Bodycam footage later shows fellow police officers removing Meier’s police jacket and body armor from his body, with Meier completely unaware.

“In a case like this, the one potential option that may have existed back on the road that day was because this person seems to have been unconscious and incapable of giving their consent or refusing, there’s the possibility that maybe a warrant could have been sought to seek the forcible extraction  of blood from him. That didn’t happen in this case, ” said Brauchler.

Monday night, at a Aurora City Council study session, City Manager Jim Twombly announced that he has asked former U.S. Attorney John Walsh to immediately begin conducting an independent review of police department’s handling of the case. That announcement was made after George Braucher was interviewed for this story.

The city says Walsh’s review will include “APD’s response at the scene, the hospital and the subsequent investigation and disciplinary actions that were taken related to the case.”

ADAMS COUNTY, Colo. (KDVR) -- The Adams County Sheriff's Office bomb squad found and rendered safe a "homemade" electronic device on a motorcycle located on the ramp to westbound US-36 from northbound Interstate 25.

Police said there is no threat to the public but traffic will be shut down for a while while they investigate.

HOUSTON (KIAH) –  Smart devices are all the rage these days, with the vast majority of Americans buying in.

“After less than a decade as a commercial proposition, the smart home has already passed the tipping point,” Bill Ablondi, director at Smart Home Strategies, has said. “The fact that a majority of people have bought into the smart home shows that there is no going back – the smart home has become the normal home.”

AURORA, Colo. (KDVR) – Aurora Police said a person of interest in a deadly shooting in the Willow Park neighborhood, believed to be "armed and dangerous," also has a nationwide warrant for an attempted homicide in Elizabeth.

Thirty-nine-year-old Ryan Scott Avery and the female victim of a shooting that occurred at 1620 South Granby Street, were known to each other, police said. The victim was found deceased with an apparent gunshot wound on Sunday morning.