According to Fort Collins Police Services, about 3:40 p.m. Tuesday, a female teen was riding her skateboard on Deerfield Drive and fell. A vehicle approached and a man got out. He approached the teen, grabbed her arm and pushed her into the vehicle, according to police.

Two men who were walking nearby intervened.

“The suspect reportedly told the witnesses that he knew the victim. The victim told them she did not know the suspect. She fled the area on foot and called police a short time later,” police said in a press release issued Wednesday afternoon.

The suspect is described as a Hispanic man in his early 20s. He is roughly 5 feet 10 inches tall. He has short hair, a thin mustache, bushy eyebrows and a deep voice with an accent. 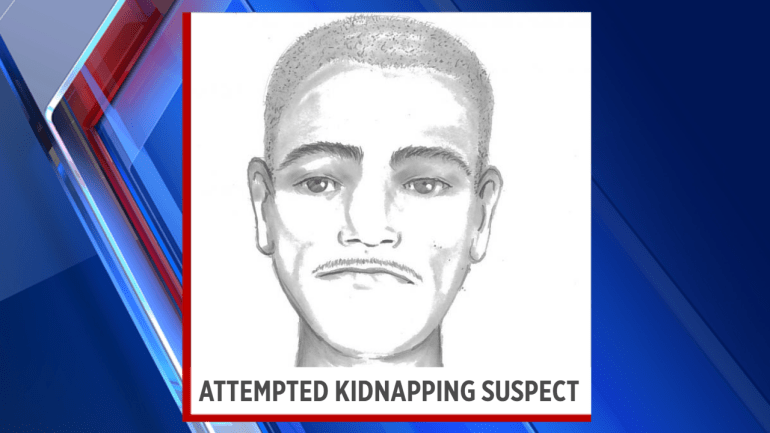 The vehicle is described as an older, tan, four-door sedan with bubbled window tint.

At the time of the alleged attempted kidnapping, the suspect was wearing a white tank top and bluejeans. He has tattoos on both arms.

Detectives are also trying to find the men who intervened to get their firsthand descriptions of what they witnessed.

The victim described both as white men in their 20s or 30s. One man was wearing a T-shirt; the other was wearing a flannel shirt and had a goatee and side-swept hair.

“Detectives have been diligently investigating this incident. Now that they’ve spoken to area residents and completed necessary interviews, we need the larger community’s help identifying the suspect,” said Sgt. Heather Moore, who leads the Crimes Against Persons Unit, in the press release. “We’re very grateful to the bystanders who intervened, and we also really need them to contact police to share what they saw.”

Anyone with information is asked to contact Cpl. Tessa Jakobsson at: 970-416-2825 or tipsline@fcgov.com

Those wishing to remain anonymous can contact Crime Stoppers of Larimer County: 970-221-6868.

LITTLETON, Colo. (KDVR) -- The City of Littleton has put its "Weekends on Main" outdoor dining program on hold.

Every Friday through Sunday, the City shut down Main Street, swapping out cars and trucks for tables and chairs.

DENVER (KDVR) -- Several private schools in Denver have noticed an increase in enrollment and interest from parents, as many look to keep their kids in the classroom this school year.

Lani Oneil says she made a last-minute decision to switch her daughter from Denver Public Schools to a private school.

According to the Adams County Sheriff's Office, about 11:12 a.m., deputies responded to a home in the 6000 block of East 80th Avenue on a report of an unconscious person with gunshot wounds.

9 people treated at scene, 1 hospitalized after multi-car accident in Aurora

Watch: Wildlife officer talks about elk with tire around its neck