WESTMINSTER, Colo. — For the second time this week, a dog has died after falling through the ice of an area lake.

Adams County Fire Rescue was called to Hidden Lake, near West 68th Avenue and Sheridan Boulevard, around 9:30 Thursday morning for reports of something on the ice.

Firefighters found a small dog trapped on the ice on the southwest corner of the lake.

“We deployed our rescue boat, we also had individuals suit up in our rescue suits and immediately went into the water,” said Lt. Eric Davis. “We got really close, probably less than 10 feet, and then the pet went under.”

The dog’s owner was not with the dog when it happened and it is unclear why the dog ventured onto the ice.

“We were able to retrieve him, and we attempted to revive him,” said Davis. “Unfortunately, the pet did pass away.” 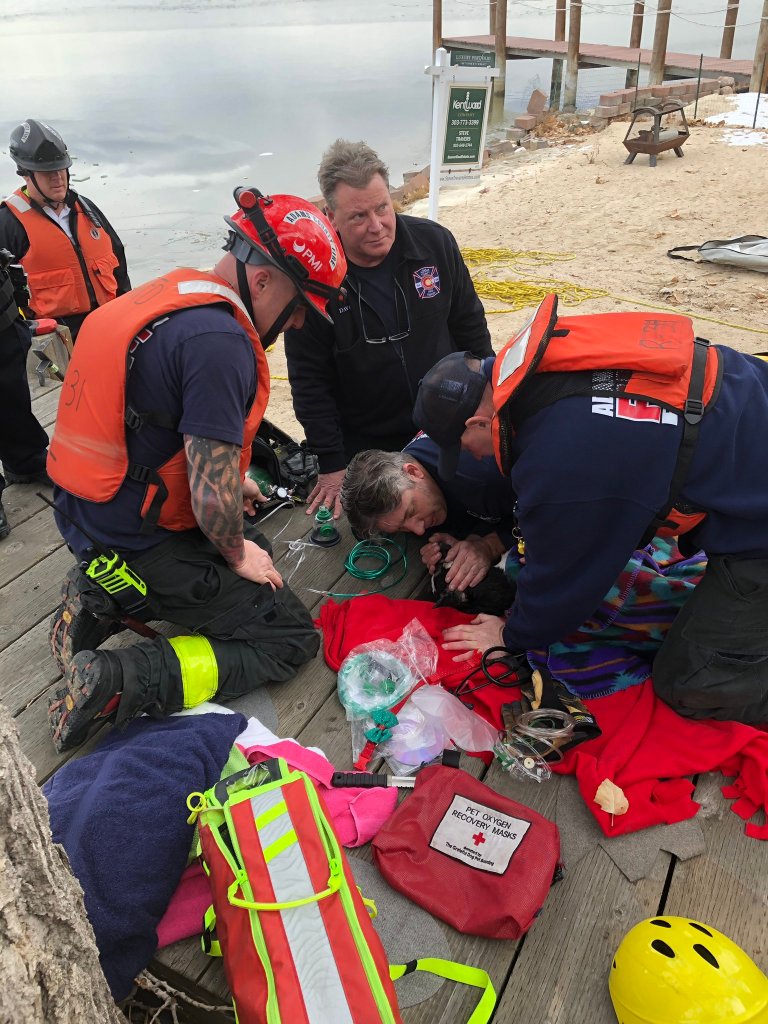 On Wednesday, a dog died after falling through ice in Douglas County.

South Metro Fire Rescue spokesperson Eric Hurst says someone was walking a dog on a leash when the dog chased a goose onto the ice. The leash slipped out of the owner’s hands.

“After a short struggle, (the dog) actually fell through the ice,” said Hurst.

South Metro firefighters attempted to rescue the dog but were unsuccessful.

“It was just absolute devastation on the dog owner’s part and certainly for the rescuers, we want everything to be as positive as it can be and in this case, there was just nothing we could do,” said Hurst.

Both departments say a historically cold November has led to pockets of ice on many metro Denver lakes earlier than expected.

“We’re starting to see a lot more ice than we normally do this time of year,” said Davis. “We normally see these types of conditions starting in January into February. So this is unique.”

Both departments say pet owners should be conscious of the conditions. Never follow your pet onto the ice if it leaves your control.

“If you see ice and a dog has just fallen through, there’s a good chance you’re going to fall through a lot faster because you’re heavier,” said Hurst.

“Understand that if you go and try and rescue your pet and you get in trouble, we’re going to rescue you first,” said Hurst. As much as animals mean a lot to all of us, human life is always going to be the priority.”