“While this is a great home and I appreciate it, I had something better for my daughter and the city shut those dreams down,” Lopez said.

Just a few months ago, Lopez had a contract in place to sell her 1,200-square-foot home for $265,000 so she and her daughter could move to a bigger house nearby.

“I wanted to give the best for my daughter and she still asks me, ‘When are we moving to the bigger house?’ It’s hard to make a 2-year-old understand that we have to stay here.”

Just days before the home closing, Lopez was told her home was part of an affordable housing program that Denver created in 2003.

Out of 5,000 homes built in Green Valley Ranch, 642, including Lopez’s, were priced as affordable housing. That meant 642 homes could only be sold to buyers who qualified as low income.

But Lopez insisted she had no knowledge of her home’s covenant restrictions when she moved in nine years later. 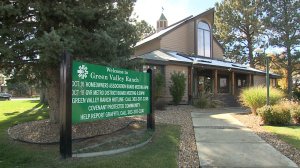 Nothing could be found in the title documents that mention affordable housing restrictions.

“Nobody had an answer, nobody has a straight answer as to how that can happen,” said Michael Brena, the real estate agent who was helping Lopez sell her house.

Brena approached housing officials with the City and County of Denver for help but told the Problem Solvers he might as well have banged his head against the city clock tower.

What Brena said he was told is that Lopez could only sell her home for $186,000, $79,000 less than her buyers were prepared to pay, because the city only allows its affordable housing homes to appreciate 5 percent a year.

“I absolutely understand her frustration,” said Erik Solivan, director of the mayor’s office for Housing Opportunities for People Everywhere.

Solivan said the city is aware of up to five cases such as Lopez’s, where homeowners have been able to buy homes deemed affordable housing without going through the proper income verification process.

“The speed of some of the transactions in Denver’s housing market has created questions and misinformation,” said Solivan, who admitted the city didn’t hire a compliance officer until June.

As a result, Lopez said the city should grant her an exemption.

“This is your program. If you have a program, you need to enforce it. Or let me out of the covenant. I want to sell my house,” she said.

Solivan was asked if the city was in effect punishing Lopez for something that isn’t her fault.

“There is no punishment here because the review process is underway,” he said.

When Solivan was repeatedly asked if the city would grant Lopez an exemption if the review process found she was not at fault and had no way to know she was buying a home deemed affordable housing, he refused to say.

The city never told Lopez it was reviewing her case to see if the title company or the city might be a fault.

Instead, two weeks after Solivan’s interview, a city inspector sent Lopez a notice of violation informing her she had  30 days to “offer the unit for resale” and she would have to list her home at the city’s affordable housing rate of $186,000.

“Are you kidding me? Explain to me again, 30 days. This is the result I get? I’ve been asking for help. Let me sell at market value, and you tell me, ‘No, you need to provide proof of income’ or you are forced to sell,” Lopez said.

The notice of violation states that if Lopez’s income in 2012 did not qualify as low income, and she knows it didn’t, then she has to sell her home in 30 days.

Despite Solivan saying, “There is no punishment here,” Lopez finds it hard to believe and points out she’s been paying property taxes based on her home’s market value.

“Sounds like the city doesn’t even know which properties are affordable housing,” Lopez said. “You are taxing me at market value.”

Lopez figured the worst-case scenario was having to stay in her house until 2023, when the affordable housing restrictions expire for all of Green Valley Ranch.

“Now worst-case scenario is I need to start packing and I need to move in 30 days. What am I going to buy? There’s going to be no profit at what I purchased. This is ridiculous,” Lopez said.

“It seems crazy and not only is it crazy, it seems illegal,” McGough said. “It appears the language of the declaration itself exempts that property after the sale occurs, so somebody who buys outside of that process should not be held to the restrictions in the covenants. ”

McGough said because the city failed to enforce its own restrictions, it should exempt Lopez, not harass her.

“She has no fault in this and she is nothing but a victim,” McGough said.

“All I want to do is sell my house at market value. Come on,” Lopez said.

After asking for a follow-up interview with Solivan after Lopez received the notice of violation letter, city officials are now refusing to discuss her case.

Lopez hired McGough to file an appeal on her behalf and to represent her in front of a city administrative officer, who will hear her case later this year.

Vigil held for teen who fell through ice

Reactions to the passing of Prop 125

Sister of shooting victim speaks about her loss

Residents weigh in on passing of wine in grocery …

When will wine be allowed in grocery stores in Colorado?

US FCC bans sales, import of Chinese tech from Huawei, …

The best gifts for 9-year-olds

Hidden gems of Cyber Monday: the best discounts we …

Best Black Friday deals you might have missed that …