DENVER — About a dozen police investigators entered the home Tuesday night of a 7-year-old boy who was reported missing on Monday night.

Jordan Vong was last seen in the 4900 block of Fairplay Street near Chambers Road and Bolling Drive in the Montbello neighborhood about 4:30 p.m. Monday.

Investigators were seen taking photos inside the home and in the garage. They did not release details about the status of their ongoing investigation.

Jordan is described as 3-foot-7 and 40 pounds with brown eyes. He was last seen wearing a shirt and gray sweatpants.

Police were notified about his disappearance at 7 p.m. Monday. Officers searched a 20-block radius and sent out two reverse emergency notification calls.

The FBI was brought in on Tuesday morning to help police in the search and several jurisdictions are helping in the search.

Law enforcement spent Tuesday morning going door to door in the neighborhood and asking a lot of questions.

Police said the boy has no history of running away. Neighbors say they see the boy out in the yard playing with other kids.

His disappearance has not met all of the criteria for an Amber Alert to be issued.

“We are asking everyone to look in their yard, check your car, check your shed, check everywhere you think a 7-year-old would hide because he could be hunkered down somewhere cold,” police spokeswoman Marika Putnam said.

Anyone with information is asked to call 911. 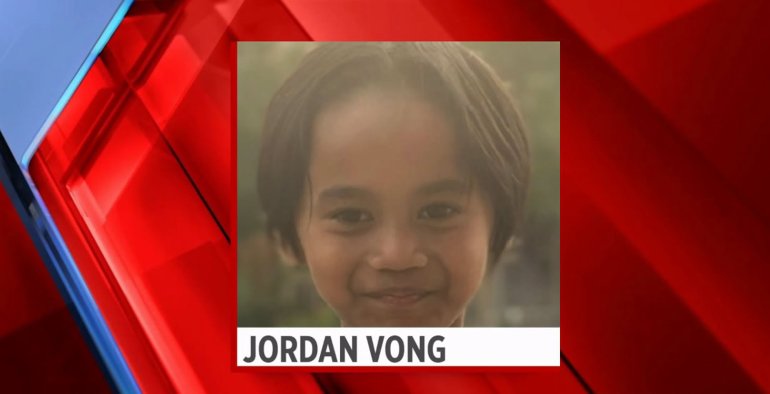 BRUSSELS (AP) — Holocaust survivors and politicians warned about the resurgence of antisemitism and Holocaust denial as the world remembered Nazi atrocities and commemorated the 77th anniversary of the liberation of the Auschwitz concentration camp on Thursday.

“I have lived in New York for 75 years, but I still remember well the terrible time of horror and hatred,” survivor Inge Auerbacher, 87, told the German parliament. “Unfortunately, this cancer has reawakened and hatred of Jews is commonplace again in many countries in the world, including Germany.”

FRANKTOWN, Colo. (KDVR) — Strawberry is a 14-year-old quarter horse who lost her left eye due to neglect by her owner. She was headed to slaughter, until Mimi Kuchman stepped in.

“All (horses) need is love. And once you see the love come through, and they feel that love, they will start to react to it and perform for you," Kuchman SAID.