DENVER — A Denver police officer arrested for second-degree assault has been accused of inappropriate force 21 times in his 28-year career.

Sergeant Joseph Rodarte has been suspended without pay after investigators say he beat up a teenager with a metal police baton.

The victim suffered a broken nose, a broken leg and needed stitches above one of his eyes.

The Aug. 22 incident in the parking lot of Eddie’s Auto Repair Shop near Ruby Park was caught on officers’ body cameras.  The Denver Department of Public Safety says it won’t consider releasing the body cam footage until the Denver District Attorney issues a formal charging decision.

According to the arrest affidavit, Denver Police Department officers were searching the 2200 block of South Jason Street after neighbors called 911 saying a “male was chasing another male with a gun” and had been yelling obscenities.

According to court documents, “Sergeant Rodarte contacted witnesses to the event and aired there were no charges on the suspect and he was apparently having a manic episode.”

As the teenager was running from police, an officer managed to stick out his leg and trip the teenage suspect. That’s when Sergeant Rodarte approached the teen and allegedly hit him with his baton six times. 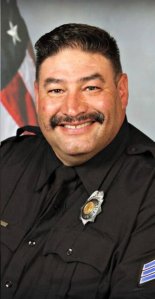 It turns out Rodarte had been accused of inappropriate force 21 times since joining the department in 1990.  But almost every time, the complaint was determined to be unfounded, not sustained, or Rodarte was exonerated.

The one exception was a 2017 case caught on body camera in which a man running from police was tasered. Rodarte didn’t pull the trigger but he was the supervising officer on scene. He wrote in his “Use of Force” report that the officer who did fire the taser was justified.

DPD Internal Affairs disagreed because the suspect wasn’t being aggressive and merely running from police isn’t enough to justify using a taser under Denver’s Use of Force policy.

Rodarte was suspended 10 days in that case. 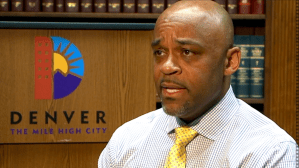 “I am reaching out to the teen’s family to offer them our full support as this process takes its course.  Our city takes all incidents of alleged police misconduct very seriously. I, along with the Department of Safety and the Denver Police Department, are committed to cooperating fully with the District Attorney’s Office in its investigation. This is a matter of significant public concern and I am monitoring all developments closely.”

Rodarte is free on bond but is due back in court Oct. 29.

Highs in the upper 70s on Friday

Boeing behind schedule in gaining approval for new …

Housing market needs to drop this much to be affordable

Escapee stole $700,000 while in prison: indictment