by: Michael Konopasek, The Associated Press

FORT COLLINS, Colo. — Colorado State University will not punish a group of white students who posed in blackface. A photo of the racist act has been spreading on social media — drawing swift criticism. 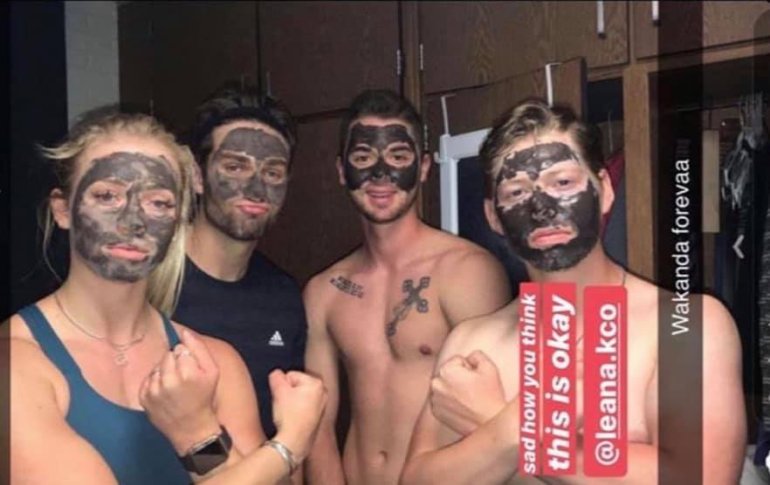 The image, which first surfaced on Instagram, shows several white CSU students with a black-colored substance painted on their faces.

The photo appeared on Instagram over the weekend with a caption referencing Wakanda, the setting for the movie “Black Panther.”

“[They are] mimicking the black culture,” said CSU freshman Shierinna Walker, who is part African-American.

Outrage immediately brewed online as students called on the university to punish those pictured for racist behavior.

“This is a practice that’s been really offensive to other people and that’s incredibly valid,” a white CSU freshman named Taylor said.

“This recent post runs counter to our principles of community, but it does not violate any CSU rule or regulation, and the First Amendment prohibits the university from taking any punitive action against those in the photo,” said CSU President Joyce McConnell in a written message sent to the Fort Collins campus.

Walker understands First Amendment rights but also says the university could do more.

“As a minority on campus, I don’t feel supported here,” Walker said.

Others say the president did the best she could. Students who spoke to FOX31 agree it’s time for some teachable moments at CSU.

Efforts by FOX31 to reach the students in the photo were unsuccessful.

CSU said it will share more details next week about events being planned focusing on learning, healing and reconciliation.