On Thursday, the parole board ordered Hector Paez to serve the rest of his sentence because he refuses to admit his crime. He is now scheduled to be released in December 2023. However, he will be allowed another parole hearing in six months.

DENVER — A former Denver police Officer convicted of sex assault could be heading back to prison. Hector Paez served six years of an eight-year sentence and was released on parole last March.

But when his victim, 46-year old Valerie Arend, went to get a restraining order against him, the courts learned Paez still insisted he was innocent. 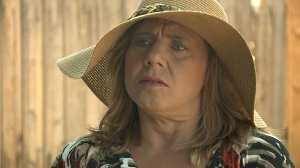 “He said this has all been a nightmare to him. Well, it’s been twice of a nightmare to me,” said Arend in an exclusive interview with the FOX31 Problem Solvers.

Arend was kidnapped in May 2010 from the Alameda Light Rail Station by then Officer Paez, who pretended to arrest Arend on a drug charge. 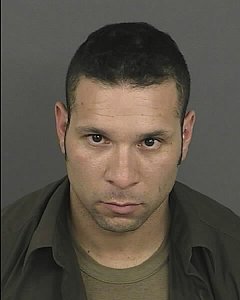 Instead, a Denver jury determined Paez took her behind Santiago’s Restaurant at 571 Santa Fe Dr. and forced her to give him oral sex.

Arend said the Denver District Attorney’s office asked for Paez to receive a life sentence. Instead, Judge John Madden gave him eight years and initially allowed Paez to remain free on house arrest while he appealed his conviction.

“Eight and a half years was like a slap in the face, and then for him to be given house arrest was definitely… I felt raped again,” said Arend. 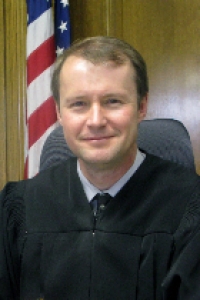 She reached out to the Problem Solvers after seeing our July 18 story in which Madden gave convicted sex offender Jared Bates 45 days, even though prosecutors recommended three years for a guilty plea of attempted sexual assault.

“I was shocked. Here’s another woman that’s been victimized by him (Judge Madden),” said Arend.

Arend believed Madden should have given Paez a life sentence and said she’s not surprised the now-39-year-old still refuses to take responsibility when questioned by his parole officer.

As a result, Paez is not eligible for sex offender treatment therapy mandated by the conditions of his parole. That led to his arrest on a parole violation in June. He’s been sitting in the Denver County Jail awaiting a parole violation hearing on Thursday Aug. 22 to determine if he should go back to prison.

“I hope he gets returned for the remainder of his sentence,” said Arend, who blames Madden for giving Paez the opportunity to go free again. “He made a mistake. You let a maniac go and here he is again.” 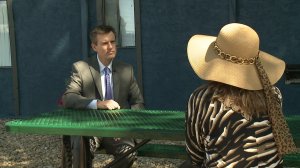 FOX31 has asked the Department of Corrections and the Colorado Judicial Department if Paez could be returned indefinitely to prison, since many sex offenders are given indeterminate sentences until they’re considered cured, or if he could only be sent back for the reminder of his eight-year sentence if the parole board finds him in violation at its Thursday hearing.

A spokesperson for each agency told the Problem Solvers they are researching that question and hope to respond later this week.

DENVER (KDVR) -- More than 5,000 fans will be allowed into Empower Field at Mile High for Sunday’s game versus Tom Brady and the Tampa Bay Buccaneers.

We will provide live updates here throughout the game.

“Really anywhere west of I-25 in Colorado you can see elk, Travis Duncan of CPW said.  “More animals are moving, so they might be moving across roadways.”

DENVER (KDVR) -- More than 5,000 fans will be allowed into Empower Field at Mile High for Sunday’s game versus Tom Brady and the Tampa Bay Buccaneers.

We want to see your Broncos pride! Share your photo by clicking the "submit your photo" button below this article! We will share as many as we can on TV.

Patriots look to rebound as they host 2-0 Raiders

Feels like Fall: Cooler, breezy with highs in 60s Sunday