DENVER — Supporters of Colorado’s “red flag” law say the measure is more likely to prevent suicides than mass shootings, even though it’s the recent mass shootings in El Paso, Texas and Dayton, Ohio that led President Donald Trump to embrace red flag laws as a way to reduce gun violence.

In Colorado, more than half of the state’s 64 counties have declared themselves Second Amendment sanctuaries opposed to the the red flag law. Many of those counties have the state’s highest gun suicide rates, according to statistics provided to FOX31 by the Colorado Department of Health and Environment.

According to the Centers for Disease Control and Prevention, gun deaths accounted for nearly 40,000 deaths in America in 2017; about 60 percent of those deaths were due to suicide. 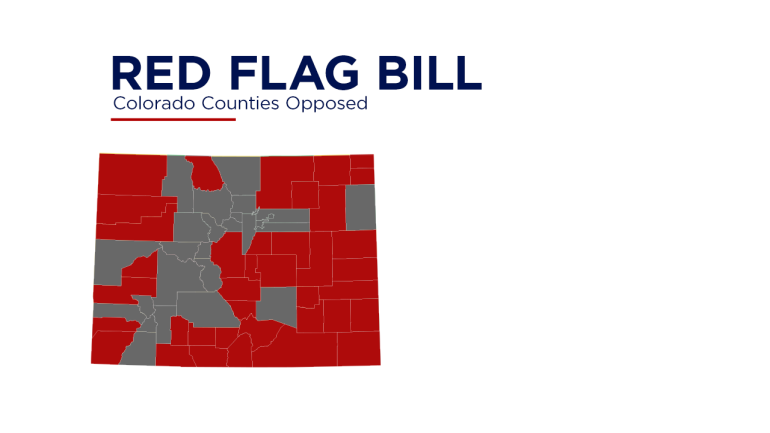 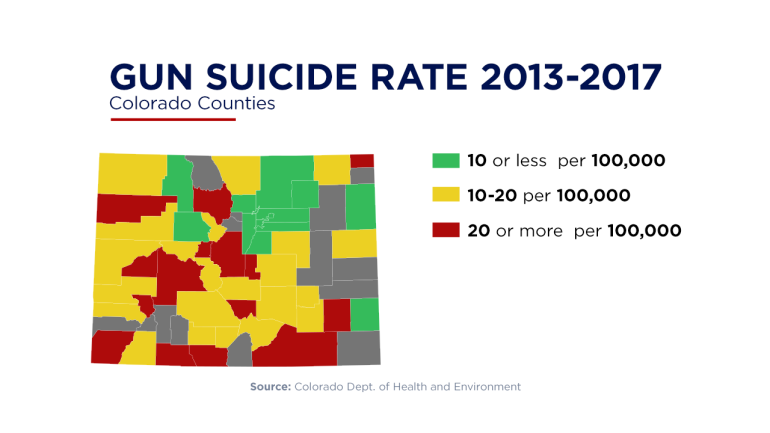 “This is a case of trying to make gun ownership safer,” he said.

The measure allows courts to temporarily remove guns from anyone deemed a threat to themselves or others.

Sullivan said he’s perplexed that Colorado counties with the highest rates of suicide by gun are more likely to have commissioners who have announced their intention not to enforce the state’s new red flag law.

“Apparently, that’s what those counties are advertising: come out to our counties, you can kill yourselves here. We’re not going to get in your way,” Sullivan said.

“It doesn’t surprise me,” said Nancy Van DeMark, the interim president and CEO of  Mental Health Colorado. Her organization supported the red flag bill because it believes the measure can reduce suicides. She said there’s a reason many rural counties oppose what is largely meant to be a suicide prevention measure.

Supporters of Colorado’s red flag law estimate measure will be used 170 times a year to temporarily take someone’s gun away.

Colorado is one of 17 states to pass a red flag measure but the only state that provides legal counsel at no cost to the gun owner.