CASTLE ROCK, Colo. — A local teenager has a warning after his portable cellphone charger burst into flames just a week after he got it.

Like many teens, Chrystian Walsh wants to keep his cellphone fully charged while he’s on the go – which can often be a challenge.

But just last week, his grandmother bought him an Anker PowerCore portable charger 13000 off of Amazon.

“It has a large battery, so it can charge two things. It’s very nice,” Walsh said.

But Walsh was just settling in downstairs to do some school work at his home on Friday when he heard a startling noise.

“I heard a fuse for like a firecracker firework go off,” Walsh said.

He looked down to see his backpack on fire. 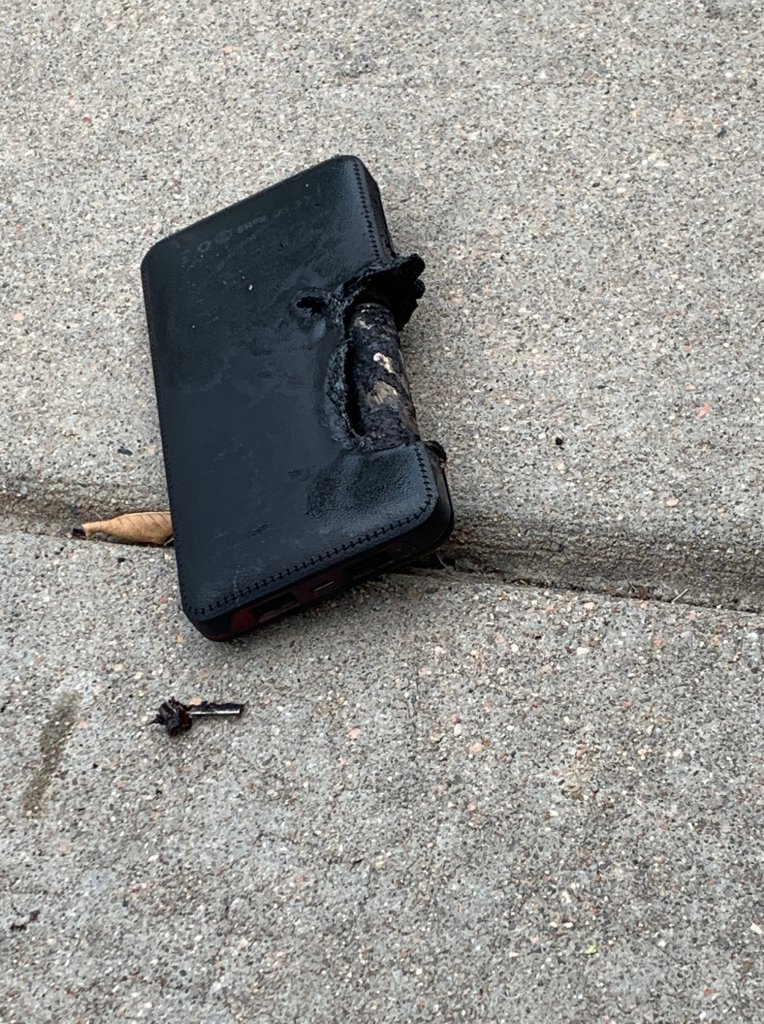 The charger burned a hole through his backpack. Luckily, he was not injured.

Walsh said he wasn’t using the portable charger at the time. He said it wasn’t damaged in the week that he had it, unless that happened during the shipping process. He questions why it suddenly exploded.

“A good quarter of it was pretty much melted and you could see all the batteries and stuff inside of it,” Walsh said.

The Consumer Product Safety Commission has documented several complaints involving these types of charging devices. There is no current recall.

Reviews of Anker on Amazon are mostly positive. Walsh and his mother alerted Anker as soon as this happened. Walsh said the company asked them to ship the charger back and reimbursed the family.

FOX31 reached out to the company as well. Their customer service center was closed but their email support team says they will respond within 24 hours.

While it’s still unclear if the incident was isolated or a product defect, Walsh is thankful the situation wasn’t any worse.

“I don’t know what I would have done if it was at the library, perhaps, or school. That would have been very bad,” he said.

ARAPAHOE COUNTY, Colo. (KDVR) — A puppy was swiped from a local pet shop on Friday in broad daylight and the brazen crime was caught on surveillance camera. After nearly one week apart, the pup and the owner of the pet shop were reunited on Thursday.

The tiny, fluffy white Maltese was only 14 weeks old when he was stolen, weighing just 2 pounds, according to the pet shop owner. On Friday, two women were seen looking at puppies at Aquatic Dog and then one of them grabbed the puppy, put it in her jacket, zipped it up, and took off.

DENVER (KDVR) — It has been four weeks since the Marshall Fire tore through Boulder County.As families there try to put their lives back together, the state's Fire Commission is looking for solutions to better mitigate the next natural disaster in Colorado. They said the answer will come from the Capitol.

Fire Commission Executive Director Mike Morgan wants to see more people working behind the scenes, helping coordinate during a disaster. FOX31 asked a leader at the Capitol if they plan to help make that happen.

Who’s responsible for clearing the sidewalks? You are

Questions to ask before selling your Marshall Fire damaged home

Older Coloradans can get help shoveling their sidewalks

How long are you contagious with omicron?