“The coating on your nerves, the myelin sheath is beginning to be picked off by rogue antibodies and then progressively paralyzes the patient,” said Torian, who relies on the drug Hizentra to put the disease in remission.

The teenager has been using  30 grams of Hizentra per week at a cost of about $4,500 weekly to restore mobility to her joints.

“If enough dosage is put into the patient, they can reach remission and I’m very close to remission right now,” said Polly.

However, when Kelly reached out to Cigna health insurance to increase her daughter’s dosage, she was denied. 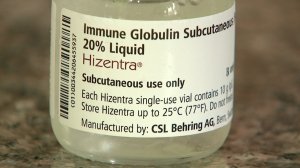 “I think we’ve asked three times for that dosage and just either had it [was] flat denied until just recently, they said, ‘OK, we won’t give it all to you, we’ll give you some,'” said Kelly.

A spokeswoman for Cigna confirms the healthcare giant has approved 45 grams per week, telling the FOX31 Problem Solvers in an email, “Even at 45 gms/week the dose is significantly higher (almost 2.5x higher) than recommended by the FDA.”

A spokeswoman for the Food and Drug Administration told FOX31 that doctors can prescribe drugs at a dosage higher than FDA guidelines when they deem it medically necessary. 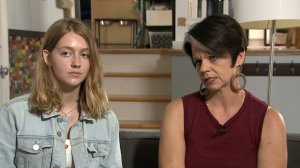 Kelly points out her daughter was taking 60 grams of Hizentra during the month of March by double-dosing her 30-gram supply until she ran out of her prescription. Kelly says it was done with the knowledge and approval of Cigna’s specialty pharmacy.

“We already know what works. We already know the dosage that works and my concern is giving her less still gives the body time to chip at those nerves and get her sicker,” Kelly said.

The Problem Solvers have reviewed Polly’s medical notes, which indicate her doctor in Baltimore clearly wanted her to start receiving 60 grams of Hizentra every week. But when FOX31 reached out to Cigna, a spokeswoman responded that, “Cigna conferred with her doctors because this (60  gms) would be considered a very high dose for her weight, and high doses of this treatment are not without adverse health risks.  Following this discussion, they both agreed to 45 gms/week dosing and coverage was approved.” 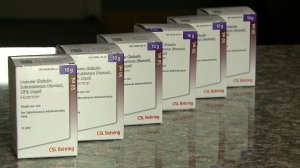 Cigna said it placed no pressure on Polly’s doctors to backtrack from the 60-gram recommendation and in a  follow-up email, added, “The cost of the medication is not, and has never been a consideration in the review of this request.”

A Cigna spokeswoman went on to say that physicians will re-evaluate Polly’s progress in eight weeks and Cigna will now  provide the family a nurse case manager, something Kelly said she asked for months ago to streamline her daughter’s care.

The Torian family remains concerned that keeping Polly’s dosage at 45 grams per week instead of 60 grams will just give the disease more time to attack her nerves.

BOULDER, Colo. (KDVR) -- Tucked away behind rows of computers in a CU lab, Tanya Roussy is nearing the end of a long road.

The fourth-year graduate student at CU-Boulder is nearly done with her final experiment, and hoping to graduate with a PHD in Physics next year.

DENVER (KDVR) -- On June 13, Colorado landlords could give tenants 30 days official notice that they’re behind on rent, and begin the first steps of the eviction process since the pandemic began.

Governor Polis let the moratorium on evictions expire, but extended the typical 10-day notice to give tenants more time. Come July 13, Colorado may see a backlog of evictions start trickling through an already busy court system, as renters struggle to make ends meet during the pandemic.

DENVER (KDVR) -- COVID-19 testing at the Pepsi Center will be capped at 2,000 tests each day to help the labs catch up on test results.

Following a four day closure due to Independence Day and a furlough day, there was a 90-minute wait to get tested at the Pepsi Center Monday morning. Denver decided to shut down the testing site early around 12:30 p.m. They performed 2,097 tests before closing.

The heat rolls on with near record highs possible