FORT COLLINS, Colo. — Two college students say a viral photo that led to accusations of racism at Colorado State University was a misunderstanding.

The two men, both freshman, have never spoken out before and requested anonymity from FOX31 because of the intense backlash the picture generated on campus and across the country.

The picture showed a white female student and three white males with charcoal face mask flexing their arms with the caption “Wakanda forevaa,” a reference to the Marvel movie “Black Panther.”

Leana Kaplan, the woman in the photo, originally shared the picture on her Snapchat account, but the photo went viral on Instagram when another student took a screenshot and responded with the words, “Sad how you think this is okay.”

“The intent is different from the impact. Our intention was absolutely nothing racist. No one in that photo is racist. The impact is definitely a racist photo and it has impacted a lot of people in a negative way,” acknowledged one of the men seen in the picture. 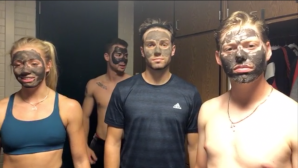 But both he and another man in the photo said they had no idea Kaplan would  post the photo on social media and certainly not with the caption “Wakanda forevaa.”

“She offered me pizza for putting on a charcoal face mask, I was like ‘Well, it’s free pizza I’m a college student, why not’?” explained a second man, who added none of them wore the makeup with the intention of portraying themselves as African-American, “No not at all. Not in the slightest.”

The men insist they were all just new students on campus making friends in their dormitory over pizza and make-up.

Take away the Black Panther reference and the men say they might have been accused of being silly but never racist.

“I’ve never seen the ‘Black Panther.’  I didn’t know there was any significance between the arms crossed pose.  I just thought it was a tough guy pose,” said the first teen, who insisted he was just following the lead of Leana Kaplan. 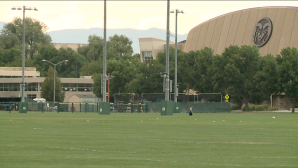 The second man said administration at CSU handled the situation poorly by not immediately responding to the three teens when they reached out to explain their side.

“Terribly” is how the second man described the administration’s response.

“They have not helped us in any way. They keep saying we are racist kids and we are not,” said the man, referencing campus-wide emails put out by the university’s new president that the teens felt demonized them unfairly.

Letter to CSU students from the university’s president

Both men said they support diversity at Colorado State University and are concerned many students and administrators jumped to false assumptions about the teens in the photo and their values.

“I have been struggling in my classes because of this. My family – it was hard to tell them what was going on. When I finally did I broke down crying because it`s not who I am,” said the second man. 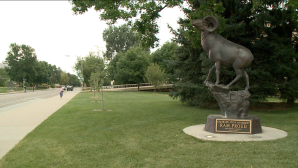 “Our intentions were totally different but nonetheless we did make an impact and we feel awful for that and we really wish we could make things up,” said the first man, apologizing to anyone who was offended by a photo he never knew would be posted, let alone with a caption that might offend.

In response to public backlash over the photo, Joyce McConnel, the new president of Colorado State University has promised to enact a Race, Bias and Equity Initiative to promote greater understanding and tolerance on campus.

He is 5 feet, 7 inches tall, 185 pounds and has developmental disabilities. He is wearing a flowered T-shirt with blue/white striped shorts.

JEFFERSON COUNTY, Colo. (KDVR) -- The Jefferson County Sheriff's Office says a woman spotted near vandalized campaign signs has been identified and issued a summons for criminal mischief and trespass.

According to the sheriffs office, the signs were vandalized on Golden Gate Canyon Road.

WINTER PARK, Colo. (KDVR) -- The Winter Park Express will not run during the 2020-21 season due to COVID-19 social distancing requirements.

Amtrak said it will resume the Winter Park Express service in 2022.

Could cats hold the key to a COVID-19 vaccine?