BOULDER, Colo.– On Tuesday, Colorado Parks and Wildlife officers responded to Oak Avenue in north Boulder after they received calls of a bear showing signs of aggressive behavior.

According to CPW, as a result of its history of dangerous behavior, the bear was tranquilized, removed from the area and later euthanized at a CPW shop.

“The City of Boulder is not a good place for bears to live and forage,” said Area Wildlife Manager Kristin Cannon. “CPW tries many different things to prevent bears from living in the city and a vast majority of the time these do not result in the death of a bear. Unfortunately, in this instance it did.

“We can’t predict what wildlife will do and if we think there is a greater chance a person may be hurt by a bear in town, we err on the side of human safety. Not everyone is going to agree that this is necessary, but we feel we have a responsibility to make these difficult choices.”, stated Cannon.

On June 11, a man reported being bluff charged late at night by a larger ear tagged bear on Hapgood Street, which wildlife officers believe to be the same bear. CPW has documented reports of this bear bluff charging people also in 2016 in Ward and in 2017 it charged wildlife officers on Norwood Ave. There is also a history over the past three years of this bear getting into garbage repeatedly, according to the release.

A necropsy performed Tuesday showed it weighed 243 pounds and based on tooth-wear was estimated at 8-10 years old. Its stomach contents was full of trash and wrappers from food products and no normal food forage was found in its stomach. 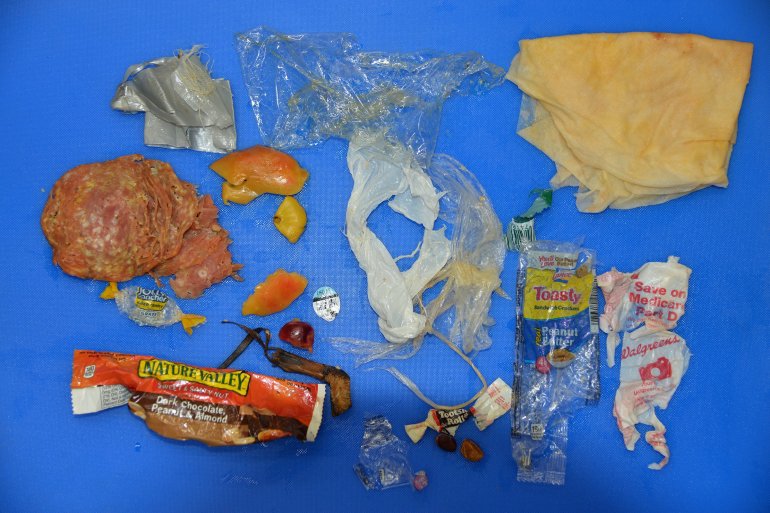 “Removing this bear will not solve any of the issues Boulder has with bears and it is still up to its residents to take responsibility for securing garbage, fruit, bee hives, chickens, compost, grills and bird feeders from bears,” Cannon said, adding that there are currently four to six bears utilizing Boulder on a somewhat frequent basis.

“As the fruit is not ripe yet, the most likely and available food source in the city is garbage and other human-related food,” Cannon said. “People can help save these bears by removing any food attractants for these bears in the city and by also hazing a bear away should they see one so that these bears do not feel comfortable living in your backyard.”

“Any time a bear is euthanized, it garners a lot of attention and outcry, and rightfully so. Anytime an animal is lost, we all lose a little bit of the wild that makes Colorado so great. The darkest days for any wildlife officer is when they have to put an animal down. However, these instances are the exception to all the other work CPW does with bear conflicts as highlighted in the number of incident reports Boulder County alone has received.”, stated in the release.

Police say Hargis was in his car when Paul shot him multiple times. Paul fled the scene, still armed, and attempted a carjacking at the Grease Monkey located at 395 Wadsworth Blvd., LPD said.