BOULDER COUNTY, Colo. — Seven people were injured in a fire at an oil site in a rural area near the Boulder-Weld county line Monday night.

According to Mountain View Fire Rescue, the fire occurred about 8:30 p.m. near East County Line Road and County Road 20 1/2.

The fire started in an area of a drill platform.

The seven injured people were taken to the hospital. They suffered moderate injuries, according to the fire department.

Authorities have not yet said what may have caused the fire or who owns the oil site.

Several agencies will be at the site of the fire on Tuesday to continue the investigation. 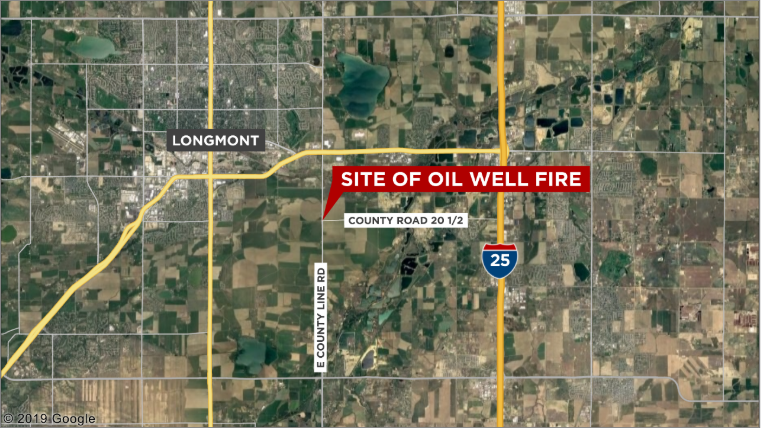 DENVER (KDVR) -- A bill supporters say is designed to end police brutality is receiving sharp backlash from sheriffs across Colorado.

Senate Bill 217 was introduced Tuesday, following the killing of George Floyd in Minneapolis. It would require Colorado police officers to wear body cameras and record all interactions with the public. That video would be made available for anyone to request.

DENVER (KDVR) -- Members of Denver's restaurant industry say this weekend will be their first "real test" in the reopening process following a series of setbacks.

"We kind of fell into a groove and then the protests started coming," said Tim Kuklinski, culinary director with Crafted Concepts, which operates four fine dining restaurants including Stoic and Genuine in Union Station.

DENVER (KDVR) -- For weeks, gyms across Colorado had the green light to welcome back customers. But for some, the limits were too restrictive, and opening was not an option.

That was the case for Kristen Baylis, the owner of Purre Bar in Belmar in Lakewood. On April 27, under the governor’s "Safer at Home" order, gyms were allowed to reopen for personal training or group training with up to four people. Baylis said opening under those conditions would have actually mean losing money.

Windy, hot weekend brings fire concerns to much of Colorado