CENTENNIAL, Colo. — The University of Colorado Hospital was already facing a medical malpractice lawsuit from Linda Woolley after doctors wrongly removed both of her kidneys last May.

Now the case may become a wrongful death suit, after Woolley passed  away on Friday, Feb. 1.

The 73-year old shared her story with the Problem  Solvers in November, when Investigative Reporter  Rob Low asked her, ” Do you feel like the University of Colorado Hospital owes you an apology?” Woolley responded, “I feel like they owe me a kidney, that’s for sure.”

Doctors at UCH removed both of  Woolley’s kidneys last May despite a March pathology report that found “no evidence of malignancy” and results “consistent with a benign process.” 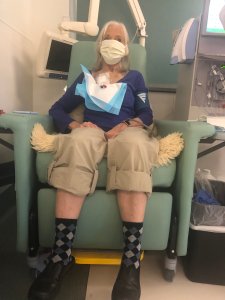 After her kidneys were removed, doctors discovered Woolley did not have kidney cancer after all.

The University of Colorado did not respond to requests from the Problem Solvers to explain why doctors mistakenly thought  Woolley had kidney cancer in the first place.

After Woolley had both kidneys removed, she was forced to seek dialysis treatment three times a week.

“It was bad enough when she was here and she was miserable, but  (at least) she was here,” said Heidi Haines, the  youngest daughter of Woolley.

Haines and her old sister, Jodi Fournier, are convinced their mother would still be alive is her kidneys had never been removed.  “Absolutely,” said Fournier before adding, “There’s a few things the kidneys regulate, one of them being potassium.  And when you don’t have them (kidneys) you have the dialysis that removes those toxins in your  body. Her (potassium) levels were twice what they should’ve been and that ultimately caused the cardiac arrest.”

Woolley went into cardiac arrest last Tuesday and never regained consciousness before passing away on Friday.

Woolley was scheduled to have a stress test next week, one of the final precursors before she could get on the nation’s kidney transplant waiting list.

Heidi Haines was planning  to donate one of her kidneys to her mother, “I thought I was going to be able to fix it and now I won`t get the chance.”

Holding her mother’s horseback riding helmet, Fournier said, “It hit me really hard that she`s not going to get to ride with me anymore…I’m really going to miss that. She was so happy when she was riding, she was free.”

In a statement the University of Colorado Hospital said, “Our deepest condolences go out to the family and loved ones. We are committed to providing the highest-quality care for our patients. Unfortunately, we are unable to discuss any specific patients because of federal and state laws that protect patients’ privacy.”

A GoFundMe account has been set up in Woolley’s name.