Skip to content
Alert
Alert
Pinpoint Weather Alert Day: Chance of severe storms with strong winds, hail
Watch
Watch
FOX31 Morning News
This is an archived article and the information in the article may be outdated. Please look at the time stamp on the story to see when it was last updated.

DENVER — A Denver police officer may have never touched the suspect he was chasing but he’s still serving a 60-day suspension for using  inappropriate force and then misleading superiors about it.

Officer David Briggs was helping a fellow officer chase a suspect who had refused commands to be searched at the RTD Light Rail Station at West 14th Avenue and Federal Boulevard in the early hours of May 1.

As Briggs was chasing the suspect, the man hopped a small fence but was hanging onto the railing when he realized he would fall about 20 feet below on the other side  into a creek bed.

A moment later Briggs runs up and kicks the fence, intentionally causing the suspect to fall and break his ankle.

“That’s what you get for jumping off there,” is what Briggs can be heard saying on his body cam.  The body cam doesn’t actually show Briggs kicking the fence because his hand covers the camera though it’s not possible to tell if that was an intentional act or due to the movement of Briggs arm while he running. 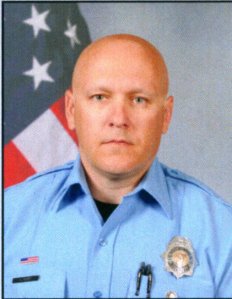 According to the disciplinary letter obtained by the  Problem Solvers, Briggs initially claimed, “I ran toward the security fence and had to put my foot up to stop myself,” which might’ve seemed believable if Internal Affairs had only relied upon the body cam.

But an R-T-D security camera from above showed exactly what happened, leaving no double Briggs kicked the fence on purpose.

Briggs eventually took full responsibility and received a 30-day suspension for inappropriate force and 30 days for misleading or inaccurate statement.

The suspect was arrested for outstanding warrants and interference.

Just last summer, Briggs received a four day suspension for kneeing a suspect in the back even though the man was already in handcuffs.

Briggs 60-day suspension began January 6 and ends March 6.  He’s been an officer with the Denver Police Department since 2013.

DENVER (KDVR) -- Storms are popping up across Colorado this Fourth of July afternoon, and the mountains, Front Range and Eastern Plains will all be impacted.

Storms in the mountains and on the Front Range will see gusty winds and lightning. They are not expected to turn severe in these areas.