BRIGHTON, Colo. — Residents have been complaining about crazy water bills in Brighton for years, and now they’re beginning to understand why. It started when a new city manager, Philip Rodriguez, starting creating his first budget for the city.

“I know what I’m about to say, honestly, I could foresee myself losing my job over, but I’m going to say it anyway: we have had challenges in at least six city funds between the years of 2016 and 2017,” Rodriguez said in a council meeting July 2.

Tuesday night, City Council voted 5-3 to suspend Rodriguez and will vote next Tuesday to have him fired.

Now, there is an effort to recall the Mayor Kenneth Kreutzer.

The FOX31 Problem Solvers got a hold of the numbers, illustrating a pattern of the Utilities Department going back to City Council after their budget was approved and asking for more money halfway through the year, only to spend a fraction of that amount.

Here’s a breakdown of the last six years: 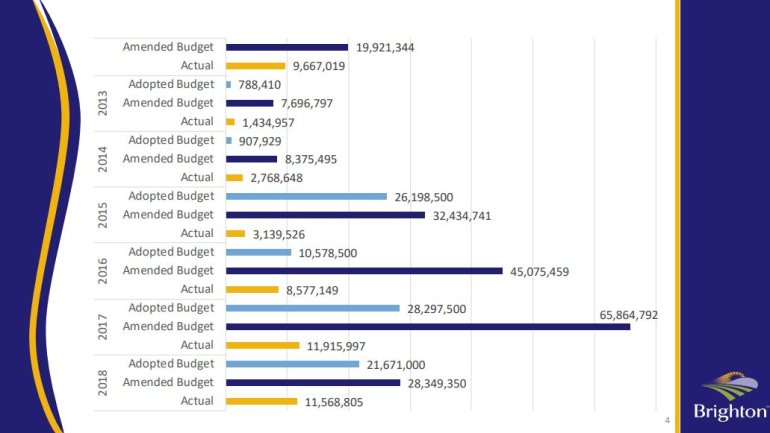 The project completion rate was another red flag for Rodriguez. Utilities only completed 10% to 40% of projects from 2013 to 2018.

City Council voted unanimously to authorize a forensic audit of how the budgeting process was so inaccurate.

VIEW: Rodriguez’s PowerPoint about a forensic audit discussion from July 2

DENVER -- (KDVR) -- Colorado Health officials confirmed Sunday that the first dosages of the Johnson and Johnson vaccine will arrive by the end of the week. They are expecting around 45,000 vaccines in the first shipment.

Health experts are anxiously awaiting a one-and-done option to help speed vaccinations, as they race against a virus that already has killed more than 510,000 people in the U.S. and is mutating in increasingly worrisome ways.

Prince Philip moved to another hospital to be treated for infection

LONDON (AP) — Buckingham Palace says Prince Philip has been transferred to another London hospital to continue treatment for an infection.

Drivers headed to Denver will benefit from the $8 million repaving of Interstate 76 in western Morgan County.

Prince Philip moved to another hospital to be treated for infection

Activist group gives back to community during COVID vigil in Aurora

Man shot and killed after roommate dispute in Westminster

Man shot and killed after roommate dispute in Westminster

Activist group gives back to community during COVID vigil in Aurora