DENVER — The death of a 7-year-old boy is the reason some child advocacy experts say Colorado needs to further regulate home schooling.

Caden McWilliams was last seen at his Denver elementary school on May 31, 2018, according to the former assistant principal at his school. School leaders told the Problem Solvers that in August, they received word that McWilliams would be home-schooled for the 2018-2019 school year. However, FOX31 has learned Denver police now believe McWilliams was already dead in August. The department estimated his death date as May 24.

A body believed to be that of Caden was found by Denver police in a storage unit Dec. 23. Based on the body’s decomposition, detectives believe the boy had been dead for nearly seven months. 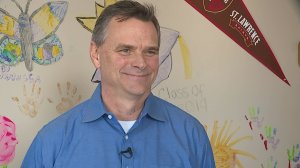 “There’s increasing evidence now that that is one of the techniques that parents who do abuse and neglect their children will do: they will pull their kid out of school and home-school them,” said Breslin. 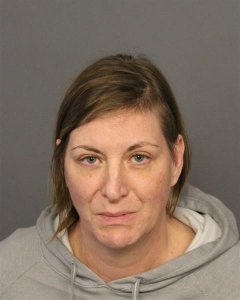 43-year-old Elisha Pankey has been charged with child abuse resulting in death after turning  herself into police on Jan 2. Police haven’t released how they think her son Caden died, but there is a strong suspicion Pankey never home-shooled her son.

In Colorado, parents who home-school their children are required to provide 172 days of education a year, but there is no real enforcement to prove that is taking place. 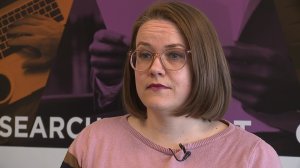 “Most states don’t do a lot of regulation for non-public home schooling or non-public school options,” said Micah Ann Wixom, a policy analyst for the Denver-based Education Commission of the States. Many states have been reluctant to regulate home schooling because autonomy is why many parents chose to home-school in the first place.

“They’re always trying to find that balance between how much regulation to provide for this non-public school option and protecting students. And I don’t know that any state has come up with a perfect answer,” said Wixom.

But doing next to nothing is not the answer, according to Breslin, who feels Colorado needs to provide stronger oversight so kids like Caden don’t fall through the cracks and simply vanish.

DENVER (KDVR) -- A cold front will race through Colorado on Tuesday. Front Range highs will drop 15 degrees to 61 degrees for the high temperature. Skies start sunny then turn partly to mostly cloudy with a 10% chance of rain showers. Expect a breezy west wind at 10-25 mph.

The mountains will be mostly cloudy with 1-3 inches of snow at the ski areas. Expect wind gusts 30-60mph above treeline. Highs will drop into the 40s in the mountain valleys and 30s at ski areas.

BOULDER, Colo. (KDVR) -- A large fire is burning at an apartment complex in Boulder.

The fire started around 4 a.m. Tuesday morning near 23rd and Pearl St.

Come the end of the year, Liu will no longer have access to the localized version of LinkedIn, after Microsoft, which acquired the platform in 2016, said last week that it would pull out, citing a “significantly more challenging operating environment.”

Commerce head out to save US jobs, 1 computer chip at a time

Mail theft continues to rise in Aurora and Englewood

Denver voters to decide if group living ordinance should be repealed

Ivermectin clinical trials continue to investigate use as COVID-19 treatment

How COVID has changed the work environment

Record number of six-figure jobs popping up in Denver