AURORA, Colo. — A website called Better Doctor – usually used to help the public find the best doctor for a particular service and save on healthcare costs – came out with new data on Sunday about the health of U.S. cities.

They ranked the top cities in the U.S. creating a “Fit Cities Index,” using data from the CDC and the Trust for Public Land.

If you loved our healthiest cities list, you'll enjoy our newest Fit Cities Index. Check it out on the blog: http://t.co/h5edGw5DzN

Three Colorado cities made the top 85 spots on the list.

According to the website, they used the three factors below to determine how easy it was to have an active lifestyle in each city:

1. Do other people in the city exercise?

2. Are other residents fit?

3. Do residents have access to high-quality parks and outdoor spaces?

The website explained that Aurora ranked first, for the factors below:

The city of Aurora has more than 100 parks as well as six golf courses. The city has a very high park-to-resident ratio, and almost 84% of residents reported that they had exercised in the past thirty days, which is one of the highest numbers in all the cities surveyed.

Denver factors were similar and put the city in the top ten of the list:

Denver has more than 200 parks and 29 recreation centers. Denver’s well-maintained parks and culture of exercise (nearly 84% of residents reported exercising in the past 30 days) propelled the city to the top ten.

A CDC source used by Better Doctor, showed obesity rates of the states below.

Colorado showed less than 24 percent obesity in 2015, one of the lowest in the country, matching California. 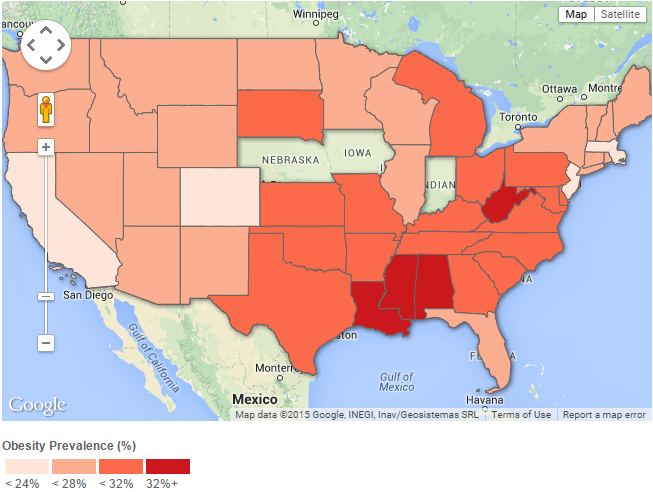 California had five cities in the top ten spots, which the study justified by it’s warmer weather which allows for more outdoor activity.

The study also showed the top 10 Most Sedentary Cities, in which, Texas had 5 cities in that short list.

The website promoted awareness that inactivity can lead to an increased risk of cancer, insulin resistance, heart problems and cognitive decline.

DENVER (KDVR) – Coronavirus cases in Colorado continue to remain low, but as people return toward their normal lives there are bound to be hot spots.

FOX31 Problem Solvers reporter Nicole Fierro looked at the latest COVID-19 data from the state and discovered there are have been a total of 21 restaurants with outbreaks, including 15 that have “active” outbreaks.

The lawsuit is seeking money in damages, and for the company to stop allegedly deceptive practices. The suit accused JUUL of downplaying the addictive nicotine concentration, falsely suggesting the product was a cessation tool, and falsely suggesting it was a healthy alternative to cigarettes. Weiser said that violated the Colorado Consumer Protection Act.

US is still ‘knee-deep’ in the first wave of the coronavirus pandemic, Fauci says

In the span of a week and a half, the number of coronavirus cases in the United States has doubled, yet officials are saying this is still the first wave of the pandemic.

"We are still knee-deep in the first wave of this," Dr. Anthony Fauci, director of the National Institute of Allergy and Infectious Diseases, said in a Facebook and Twitter livestream Monday. "I would say, this would not be considered a wave. It was a surge, or a resurgence of infections superimposed upon a baseline ... that really never got down to where we wanted to go."