LOVELAND, Colo. — When a Loveland woman tripped and fell on her face inside her home, her insurance company said the she wasn’t covered because she was legally drunk.

Now, Carol Mullins has a $54,000 medical bill for a fractured cheekbone. 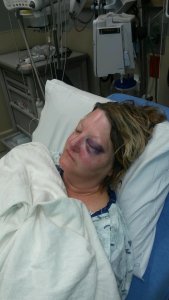 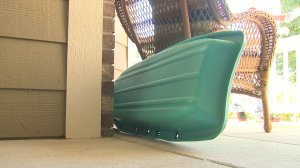 The 55-year old said she tripped on her front porch on the evening of March 28, after her grandchildren left a sled partially hidden behind a chair.

“I’m 100 percent sure I would not have fallen if the sled would not have been there,” said Mullins, denying her several glasses of wine earlier that night were to blame.

But her insurance company, Tokio Marine HCC, sent her a denial of coverage letter, saying, “Injury sustained that is due wholly or partially to the effects of intoxication or drugs is excluded under this policy.”

Mullins remembered her reaction upon reading the letter.

“I wanted to throw up because I couldn’t believe it because I knew we were in the 50 thousands (of medical bills),” she said.

Mullins said the fall would’ve happened if she had been stone cold sober and feels insurance is for accidents.

“I was in my own home.  I wasn’t out driving. Since when can’t you have a couple of glasses of wine in your own home?” she said. 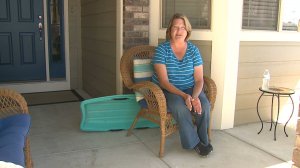 An attorney for Mullins’ insurance company said the policy speaks for itself but suggested Mullins file an appeal.

Vincent Plymell, the communications manager for Colorado’s Division of Insurance, suggested Mullins file a complaint with the Department of Regulatory Agencies because his office had never heard of such an exclusion.

Plymell said it might be legal for an HMO to deny such a claim, but he’s unaware of one ever doing it, and it’s not clear that Tokio Marine HCC qualifies as an HMO in Colorado.

Anyone with a similar situation can file a complaint with the Department of Regulatory Agencies by calling 303-894-7490 or 800-930-3745 (outside the Denver metro area), or email DORA_insurance@state.co.us.

DENVER (KDVR) -- What a difference a year makes. As COVID precautions continue to ease up, predictably, restaurants are seeing a healthier bottom line.

Over at El Cazo Mexican Restaurant, in Denver’s Jefferson Park neighborhood, Sunday is truly a fun day, as nearly every eligible table is taken.

DENVER (KDVR) -- If you interact with the public at your job, you may be eligible for a free COVID-19 test kit from the Colorado Department of Public Health and Environment.

The department made the announcement on Sunday as the latest number of cases increased by 1,260. With all phases open, more Coloradans are getting shots in their arms. As of Friday, almost 1.5 million Coloradans were fully vaccinated and 2.3 million had received at least one dose.

WASHINGTON (AP) — Half of all adults in the U.S. have received at least one COVID-19 shot, the government announced Sunday, marking another milestone in the nation’s largest-ever vaccination campaign but leaving more work to do to convince skeptical Americans to roll up their sleeves.

Almost 130 million people 18 or older have received at least one dose of a vaccine, or 50.4% of the total adult population, the Centers for Disease Control and Prevention reported. Almost 84 million adults, or about 32.5% of the population, have been fully vaccinated.

Woman not allowed on AA flight because of see-through mask