Skip to content
Alert
Alert
Country music legend Charlie Daniels dies at 83 years old
Watch
Watch
FOX31 News at 10:00
This is an archived article and the information in the article may be outdated. Please look at the time stamp on the story to see when it was last updated.

DENVER — A loaded handgun was probably the last thing a custodian expected to find in a toilet at the Denver Detention Center Sunday afternoon.

The discovery has sparked an internal affairs investigation by Denver police and new charges for DUI suspect Derek Moore. 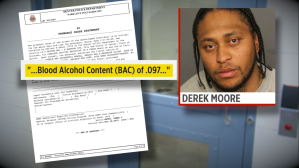 The  30-year-old was arrested before 5 a.m. Sunday after police say he was the at-fault driver in a car accident near South Dayton and East Hampden Avenue.

Police reports obtained by the Problem Solvers show Moore blew a .097 when he was booked at the downtown jail. That’s above the legal limit of .08  for driving under the influence. 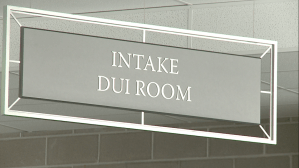 After Moore was arrested, he was brought to an area of the downtown jail known as the Intake DUI Room.

Surveillance video shows Moore dropped his handgun into the toilet around 5:46 a.m., nearly eight hours before it would be discovered by a custodian.

The 9mm Beretta had a bullet in the chamber and six more rounds in the magazine.

“That’s a big mistake, mainly because it puts people’s lives in danger,” said Dr. James Ponzi, who is chair of the Criminology Department at Regis University.

Dr. Ponzi spent 35 years as a Denver police officer and said there is no way the arresting officer should have failed to search Moore before taking him into custody. “You’re taught that from the time you’re in the academy,” he said.

Dr. Ponzi said the mistake was especially embarrassing because according to police reports, Moore is a convicted felon who can’t legally possess a firearm and he was under the influence of alcohol.

“People do things when they’re intoxicated that they might not think about doing if they’re sober,” Dr. Ponzi said.

In October, the Problem Solvers reported on a two-day suspension for DPD Officer Nicholas Gunsauls after he failed to find a handgun in the waistband of a suspect he arrested outside the Marquis Theater last June. 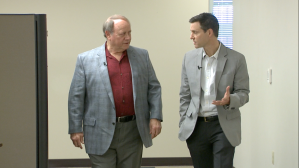 “He should absolutely be disciplined. Imagine what would’ve happened if that guy or another prisoner would’ve killed somebody with it?” Dr. Ponzi said. 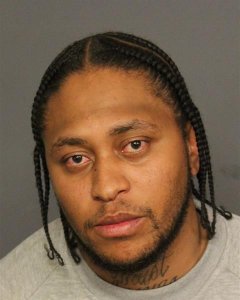 FOX31 has chosen not to name the officer in Moore’s case because the Denver Police Department hasn’t issued a policy violation.

If that were to happen, it typically takes a few months after an internal affairs investigation is complete.

Thanks to surveillance video in the jail, Moore now faces a new count of possession of a weapon by a previous offender in addition to his DUI arrest.

About 5:15 p.m. Tuesday, DPD sent the following statement to FOX31:

“It’s very concerning that it appears an arrestee was armed while in police custody, as that obviously jeopardizes officer and public safety. We proactively opened an Internal Affairs investigation into this matter to determine how this occurred and the appropriate next steps in addressing the situation.”

The surrounding residences have been evacuated as a precaution, however, PFA says the fire is under control.

TAMPA, Fla. (WFLA) -- All brick and mortar schools in Florida must reopen in August and provide "the full panoply of services," the state's Department of Education announced Monday.

An emergency order signed by Education Commissioner Richard Corcoran said that "upon reopening in August, all school boards and charter school governing boards must open brick and mortar schools at least five days per week for all students," with advice from state and local health departments.

EL PASO, Texas (Border Report) -- A federal agency won't allow foreign students to take a full load of online classes next month, even as the country continues to grapple with the COVID-19 pandemic.

Beginning this fall, non-immigrant students here on F-1 and M-1 visas can take no more than one class or three credit hours online at a college or university, U.S. Immigration and Customs Enforcement said.

Man admits to setting multiple fires after arrest in Boulder

Colorado’s Emergency Operation Center distributed thousands of masks and face shields and over 1,700 vials of Remdesivir in June