BRECKENRIDGE, Colo. — A Golden man was sentenced to eight years in prison Monday for driving while intoxicated in a wrong-way, head-on crash on Interstate 70 that killed a 30-year-old woman in Summit County last year.

The district attorney’s office said Rivera was driving a 2010 Audi eastbound in the westbound lanes just before midnight between the Frisco and Copper Mountain exits when he collided with a vehicle. 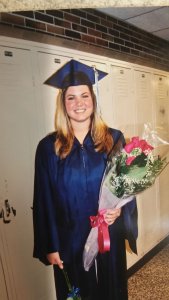 Brianna Martz was sitting in the front passenger seat of the vehicle Rivera hit and was pronounced dead at the scene. The driver was seriously injured.

The district attorney’s office said Rivera drank alcohol after getting off work in Breckenridge before the collision. Police also recovered marijuana residue and accessories from his vehicle.

Toxicology reports showed Rivera had low levels of alcohol and THC in his system, the district attorney’s office said.

“The combination of drug use, alcohol and poor judgment played a deadly role in this terrible event, which took the life of one woman, injured another and devastated several others,” 5th Judicial District Attorney Bruce Brown said in a written statement.

“The use by the defendant of both alcohol and marijuana magnified his impairment and was a recipe for tragedy.”

The eight-year sentence was the maximum under terms of the plea agreement.

BIRMINGHAM, Ala. (WIAT) -- UPDATE (7/3): The Hoover Police Department has released new information in the shooting at the Riverchase Galleria Friday afternoon.

Hoover PD says that an 8-year-old boy had died after being shot. The boy was later identified as Royta Giles Jr. by the child's family.

AURORA, Colo. (KDVR) -- Less than an hour after three Aurora police officers were fired for their involvement in a photo showing a controversial choke hold, FOX31 spoke to Elijah McClain’s Mother.

Sheneen McClain said the firings were “a little too late, but it’s about time.”

The nearly 20-minute fireworks show followed an event that included a speech by President Donald Trump.

How to Keep Your Garden Thriving

4th of July Guide: Where to watch Colorado’s fireworks, what shows are canceled

Body, believed to be that of a child, recovered from Eagle River