CENTENNIAL, Colo. — A 57-year-old gas station clerk who shot a would-be robber has been fired.

The attempted robbery happened at 4:25 a.m. on Sat., March 23 at the Shell Gas station at the corner of East Arapahoe Road and University Boulevard in Centennial, across from the Streets at SouthGlenn shopping area.

Law enforcement sources tell the Problem Solvers surveillance video shows a 14-year-old suspect sticking a gun in the face of the clerk.  Moments later the clerk, who has a conceal carry permit, took out his own gun and fired once, hitting the suspect in his stomach. 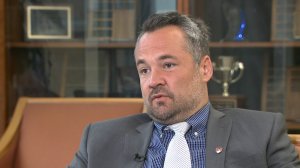 “He’s (the clerk) probably glad that he was able to protect himself and I don’t know he would go back and do it another way,” said John Campbell, a law professor at the University of Denver.

But Campbell adds Suncor, the company that owns the Shell gas station and convenience store, had every right to fire the employee. “Although this may have played out in a way that was self-defense, they (Suncor) may view it as a bad idea to have employees generally armed because the next person might misread a situation and shoot a customer,” he said.

A spokeswoman for Suncor emailed FOX31 a statement that reads, “Suncor’s agreement with its independent operators prohibits the carrying or possession of firearms on the property, regardless of whether the firearm is permitted. We are unable to provide additional information, as this is an employment matter between the operator and its employee.” 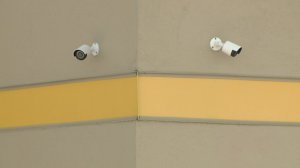 The Problem Solvers have learned  prosecutors with the 18th Judicial District in Arapahoe County have charged the teenage boy with five counts including Attempted Aggravated Robbery with Intent to Kill or Maim his victim.  The clerk, who FOX31 has agreed not to name, tells us he had worked at the convenience store for 18 years and is very upset to lose his job. 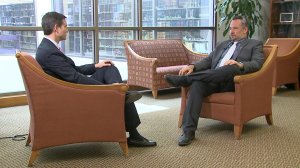 “We might have a situation in which this worked out in a way that he (the clerk) would say ‘well I’m alive’ and Shell says ‘Yes, you are, but we can’t sort of begin to allow this sort breach of our policy,’ so I’m not sure there’s a moral right in this,” said Campbell.

The criminal case against the 14-year-old boy, who did not fire his weapon, is suppressed because it’s in juvenile court so the suspect’s name and even his next court appearance are not public record. 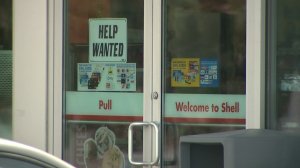 FOX31 has learned there are no plans to charge the clerk because surveillance video shows he acted in self-defense.

A help-wanted sign hangs from the front door of the convenience store.

DENVER (KDVR) -- I'm forecasting our 58th day at or above 90 degrees this year with a high of 91 on Thursday with sunshine in Denver and across the Front Range.

The Mountains can expect sunny skies and temps in the 70s and 80s.

TAMPA, Fla. (WFLA) — Authorities searching for a North Port woman who went missing on a cross-country road trip with her fiancé have named her partner as a person of interest in the case.

The North Port Police Department, now the lead agency investigating the disappearance of 22-year-old Gabby Petito, confirmed Brian Laundrie was a person of interest in the case in a statement issued Wednesday.

DENVER (KDVR) -- A bizarre theft at a storage facility has left a military veteran devastated.