LOUISVILLE, Colo. — A destructive criminal remains on the loose in Louisville. Police believe he’s part of a gang that spent almost 30 minutes terrorizing a local business.

Employees at Kryptane Systems arrived at work to find the front doors had been shattered.

The company’s president did what anyone would do. He called police to report a break-in.

“There was shattered glass everywhere. Instantly he thought it was vandals of some sort,” said Greg Cappert, an engineer for the company. 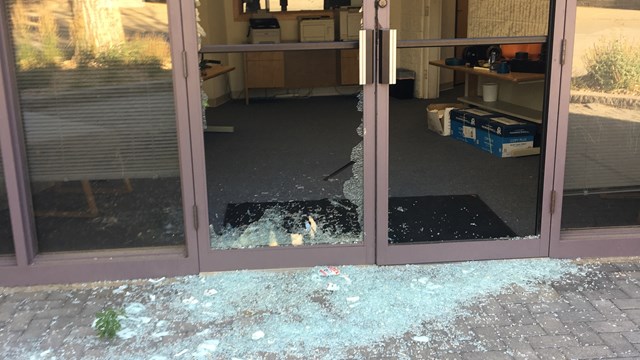 However, what happened next is so bizarre and unheard of, even police say they’ll be talking about it for years.

While police investigated the crime scene, the company’s president pulled up surveillance video of the front of the building, and watched as a gang of goats committed their crime.

“For 20 minutes he just sat and banged on that one side until he broke it, and then he left and came back and decided to break the other side too. I don’t know why. That was just to be mean I guess,” said Cappert.

“Buck” or “Billy” then fled the scene of the crime without showing even a shred of remorse.

“We understand the description is he’s very hairy, has some large horns, and is possibly hooved,” said Commander Jeff Fisher with the Louisville Police Department.

While the goat and his gang are now gone, a pile of evidence remains. 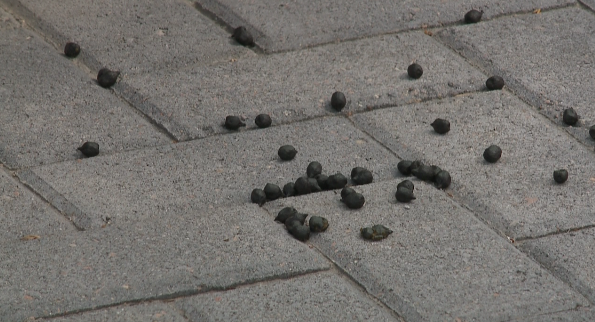 “We did find some feces that was nearby the site,” said Cappert.

Police say it’s only a matter of time until the “kids” are caught. It’s suspected they escaped a nearby farm about a block away. 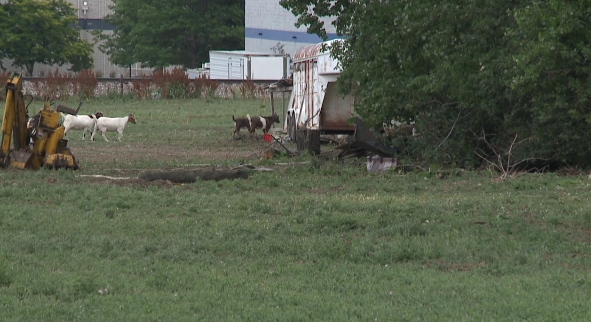 “Yeah, they’re still out there somewhere, so protect your doors everyone,” said Cappert.