DENVER — Firefighters rescued a dog that got stuck on an island on Sloan’s Lake on Friday afternoon, the Denver Fire Department said.

Theo the beagle escaped from his owner’s backyard and went across the ice to the island.

Sloans Lake, dog on the island in the middle of the lake, DFD going to retrieve him pic.twitter.com/qwnJytBt5K 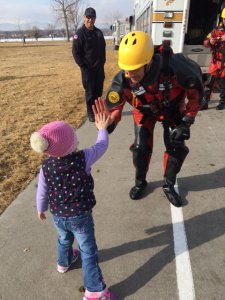 Four firefighters in dry suits navigated to the island to get the stranded pooch, which didn’t have a leash.

The dog was howling and ran away from firefighters before he was secured and brought back to shore to be reunited with his owner.

Teens are falling for online scams more than seniors

Teens are falling for online scams more than seniors