ADA, Minn. — It’s every parent’s worst nightmare, but it was even worse for Randy Peterson.

The volunteer firefighter from Ada, Minnesota, was rushing to a fiery car crash and desperately trying to reach his 16-year-old son, Carter. That was Peterson’s routine whenever he got called to an emergency and knew one of his children wasn’t home.

Peterson called and called but got no answer.

When he got to the scene of the crash Sunday night, he knew why.

“Seeing the car on fire and the rims, I knew,” Peterson told the Minneapolis Star Tribune. “I dropped to my knees. I was a mess. Another member of the crew just held me.”

His son Carter, who had dropped off his girlfriend in a nearby town, had been hit by a pickup truck while driving back home to Ada. His car rolled into a ditch and caught fire. He died at the scene.

Carter loved sports, so much so that his father called him “a walking encyclopedia” of sports trivia.

He played several sports at Ada-Borup High School, including football, where he proudly wore the No. 63. 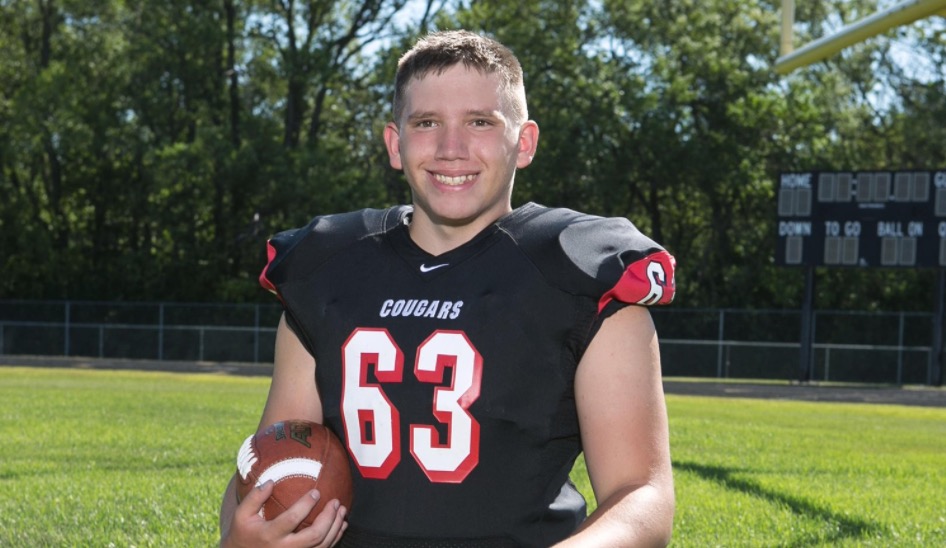 So Wednesday night, during his football team’s last regular season game, he was honored both on and off the field. Players and fans wore his number. Sales of T-shirts and tailgating donations went to his family. Even the opposing team paid tribute with a drum circle and presented Carter’s family with wild rice, a Native American symbol of hope.

After the game’s kickoff, Ada-Borup ran the first couple of plays one player short, symbolizing the void Carter’s death had left.

In the aftermath of his son’s death, Randy Peterson wants parents to show as much love as they can to their children.

“Just hug your kids every night, tell them that you love them every day,” he told the Grand Forks Herald.

Trump famously said there were "very fine people on both sides" after the Unite the Right rally in Charlottesville in 2017 that saw open anti-Semitism on the streets and a violent vehicle attack on pedestrian counter protesters that left one person dead.

DENVER (KDVR) -- Since the massive coronavirus testing site at the Pepsi Center went up at the beginning of the pandemic, 116,000 Coloradans have taken their cars to the parking lot at the heart of the city to get tested for COVID-19. But now that there isn’t a surge in cases, the city has decided to switch tactics and bring more testing to communities that need it.

“When we stood up the Pepsi Center, we recognized that it had to be done quickly, that we had to do large volumes of testing,” said Executive Director of the Denver Department of Public Health and Environment Bob McDonald.

CLEVELAND (NEXSTAR) -- After months of anticipation, the first debate between President Donald Trump and his Democratic challenger, Joe Biden, is in the books. And as you might imagine, there was no shortage of memorable moments or aggressive interruptions.

While both sides are claiming victory, here are a few of the pivotal moments everyone will be talking about that likely define who had the biggest night.

New nursing home guidelines could be coming to Colorado

Enter to win one of 4 legendary Colorado Experiences from Rocky Mountain PBS: