AURORA, Colo. — The Colorado Bureau of Investigation on Monday issued an Amber Alert for David Puckett, a 6-year-old boy who has been missing since Saturday.

The Aurora Police Department said the CBI agreed to issue the alert because of the amount of time that David has been missing and the impending cold weather. 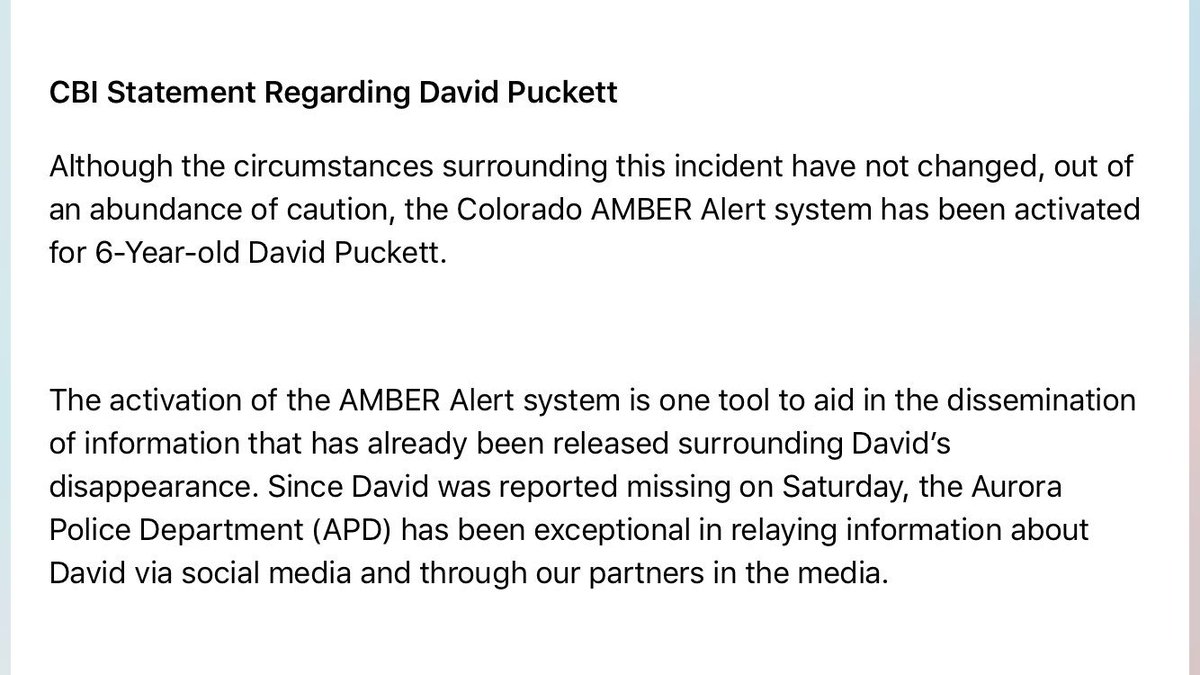 Police asked volunteers to stop searching for David because they are using bloodhounds to try to track him and don’t want to compromise that effort, spokeswoman Crystal McCoy said.

Police said they would notify the public through social media when they would like citizens to resume the search.

Investigators said they are canvassing an area with a radius of about 2.5 miles.

On Monday afternoon, officers set up a checkpoint near East Iliff Avenue and South Chambers Road to ask drivers if they had seen the boy.

Police checkpoints are established near Chambers and Iliff pic.twitter.com/xzgozJjZzF

They are also looking for residential and commercial surveillance video from the area.

More than 150 volunteers helped search for David  on Sunday. He David was last seen at 5:30 p.m. Saturday in the 15700 block of East Amherst Place.

He was last seen wearing camouflage pants, a black shirt, a thin tan coat, and black and orange boots, police said. He is described as 3-foot and 48 pounds, with light brown hair and brown eyes.

He has wandered away from school once, McCoy said. Police do not have any recorded instances of him running away from his home. 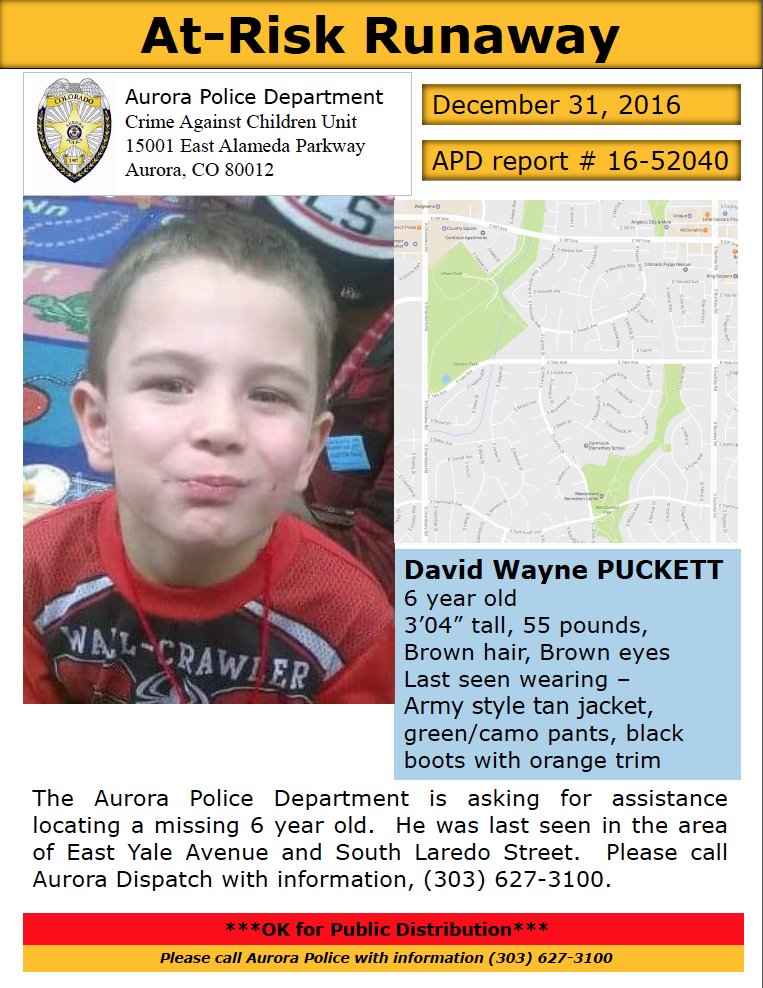 The Arapahoe County Search and Rescue, the National Center for Missing and Exploited Children, the Denver Police Department and the FBI are assisting in the search.

ARVADA, Colo. (KDVR) -- John Hurley has been called a 'hero' for his actions when a man opened fire in Olde Town Arvada and killed a police officer, and now FOX31 News has confirmed it is because he shot the attacker.

Bill Troyanos, an employee at the Army Navy Surplus Store, told Vicente Arenas what he saw happen when the shooting began.

(WTRF) -- Tests recently done by a commercial lab have proved that no identifiable tuna DNA was found in Subway's sandwiches, reported the New York Times.

The newspaper had 60 inches of tuna sandwiches from three different Subway locations in Los Angeles tested.

VATICAN CITY (AP) — While Pope Francis is usually the star at Vatican gatherings, Spider-Man, or at least an Italian who dresses up like the character, was the attention-grabber among the public lined up in rows during the pontiff’s weekly Wednesday audience.

Matteo Villardita, 28, dons the comic-book and movie super-hero outfit to cheer up hospitalized children, like those at the Vatican’s pediatric hospital which he planned to visit later on Wednesday.