ARAPAHOE COUNTY, Colo. -- When you're a teenager, few things are more exciting than owning your own set of wheels.

"It's great. I loved everything about it. It drives so smoothly," he said.

However, Matthew's car no longer drives after a big chunk of the undercarriage was ripped apart by a giant boulder. He was headed home from work around 1:00 in the morning on Thursday when he hit it at the top of a hill in the area of Crestline and Genoa in Centennial.

"It completely just ripped the panel off and it was drug on the ground," Matthew said. "I hit it and I felt my car shutter and rumble," 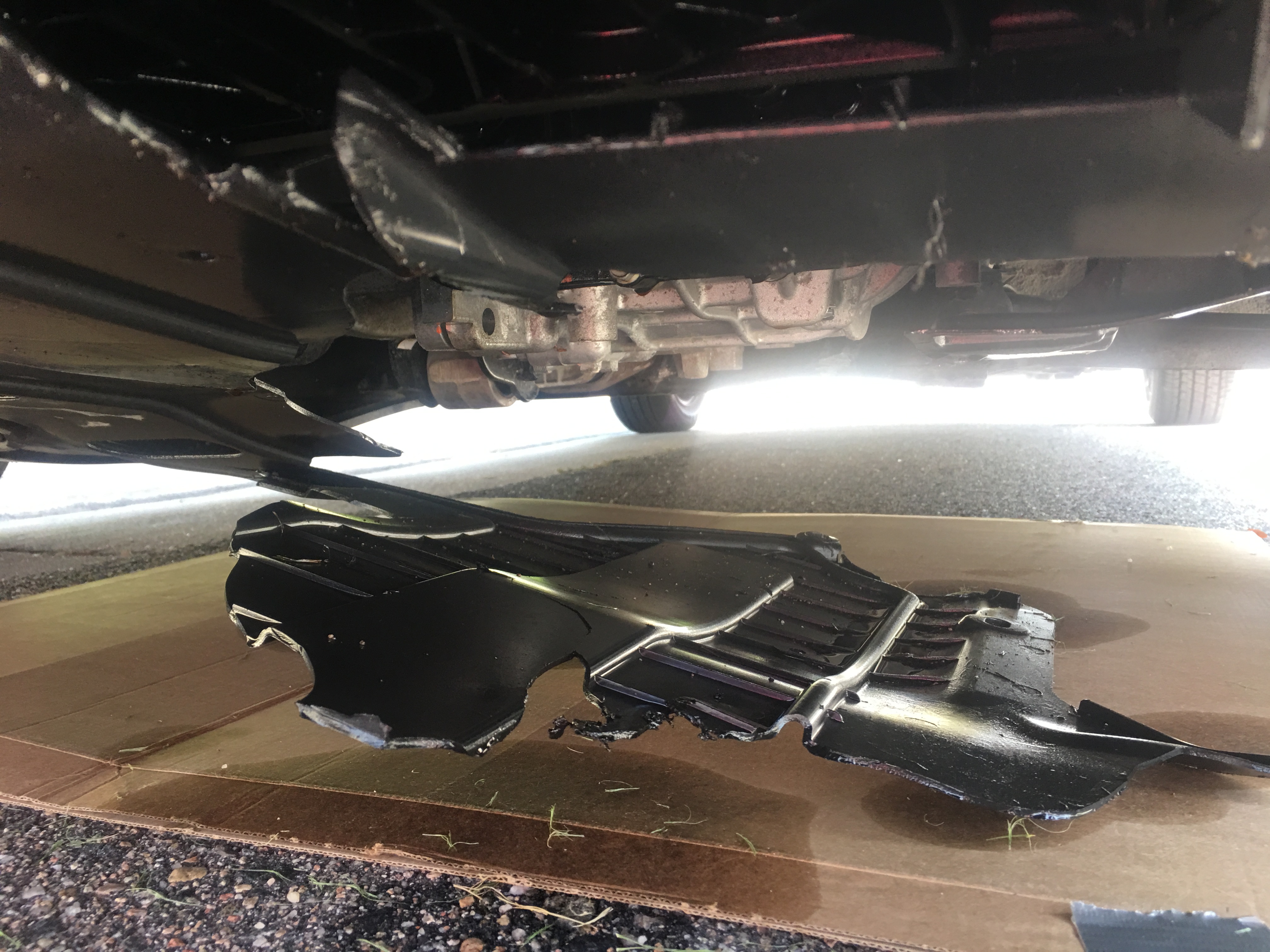 Matthew called his grandmother to come get him and they called authorities.

"Fluid went everywhere. I am convinced they were put there on purpose," said Matthew's grandmother, Rose Simmons.

The Arapahoe County Sheriff's Office is now investigating. They say a deputy searching the neighborhood also found several other large boulders on other city streets.

Brenden Mitchell saw one of them. He says it was a giant boulder several feet tall.

"It was definitely big enough to total a car if you ran into it fast," Mitchell said.

The Arapahoe County Sheriff's Office says it has not received any other reports of damaged vehicles, but Matthew Elliott says even one damaged car is too many.

"It just insane. I'm hoping they get caught and they can pay for my car and pay for the damage they've done to it," said Matthew Elliott.

He's now struggling to find a new way to get to work as he waits to get his car repaired.

COMMERCE CITY, Colo. (KDVR) -- A kitten is resting comfortably at the Dumb Friends League after it was rescued from being frozen to a tire on a semi-trailer at a tire shop on Monday.

The Dumb Friends League said the kitten was found hanging off the side of a tire with her paws and tail frozen to the metal surface at a tire shop.

DUBLIN, Ohio (WCMH) — Now in her 32nd year of creating giant celebrity pumpkins, artist Jeanette Paras of Dublin, Ohio. decided to venture this Halloween to a galaxy far, far away.

On her pumpkin porch this year is "Baby YodaKin," based on Baby Yoda, or The Child, from the Star Wars show The Mandalorian.

"I wrote this because I knew for me I needed to say something before I could move on from this and return back to life, so I truly thank you for allowing me to do so," Teigen said in the blog. "Jack will always be loved, explained to our kids as existing in the wind and trees and the butterflies they see."

Reverse mortgage: Who is it right for?

Watch: Car fire on I-25 in Castle Rock, traffic at stand still

‘We are an optimistic bunch’; Ski resorts push forward with plans to reopen

‘This could force us into another Stay at Home’; COVID-19 situation in Denver is looking ‘really bad’

Warmer with sunshine for Wednesday; Dry for Halloween