PARKER, Colo. — A car crashed into a salon on Wednesday morning, the Parker Police Department said.

Police tweeted a photo of a white Honda CRV lodged partway into Hairstyling Connections in the Pine Lane Plaza on Parker Road.

Police said there were no injuries to the driver or anyone inside the salon. 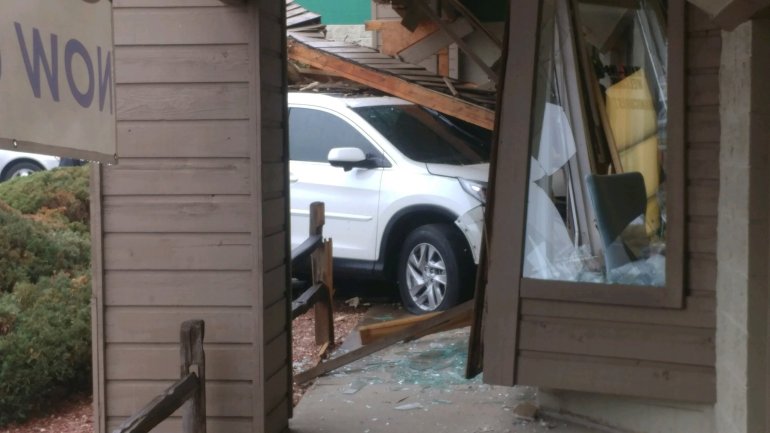 A tech rescue team from South Metro Fire Rescue worked to shore up the building.

Rescue 34 carries the necessary tools and equipment for Firefighters to construct wooden shoring to secure the building. pic.twitter.com/DXBDG1vfQv

There was no word on what led to the crash.

One person was in critical condition, two people were in serious condition and three had minor injuries after the car plowed through the store.

Police said the driver involved might have suffered a medical incident that caused the crash.

Suspect stabs deputy, himself in Manazola

Live updates: Protesters gather near the Capitol for a fourth day

Live updates: Protesters gather near the Capitol for a fourth day

Suspect stabs deputy, himself in Manazola