CASTLE ROCK, Colo. — Inside the walls of the Douglas County Justice Center, incredible works of art are popping up one by one.

But the paintings weren’t commissioned by an outside artist.

Instead, they were painted by an unexpected source within: an inmate named Lucas Mefford.

“I was about 2 or 3 when I started drawing,” he said. “I was always just a quiet kid. I’d just sit back and get lost in artwork.”

Mefford is an accomplished artist with pencil and paper, but had never used paint before these murals.

“It was a challenge, but it was fun,” he said. “I don’t ever think about anything in here when I draw. It takes me away.”

Mefford admits his life has taken some unexpected turns, capped off with an arrest in Highlands Ranch last year for violating his parole.

“I had a pistol on me,” he said. “And obviously, I’m not supposed to have firearms because of the fact that I’m a felon.” 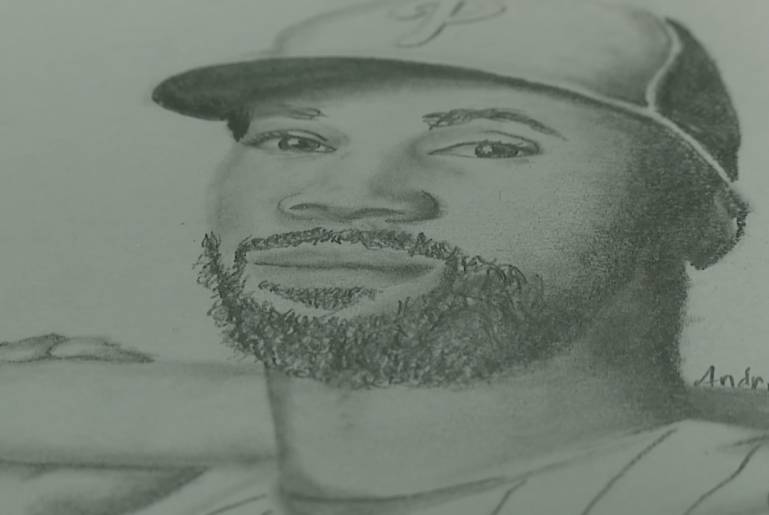 Back in jail, he’s been collecting magazine clippings and drawing the people in them.

It was a few months back when a chaplain inside the jail stumbled upon Mefford’s artwork.

Jail staff asked if he’d be interested in drawing an American flag mural in the booking lobby.

Captain Darren Weekly says he was so impressed, he asked Mefford to keep going.

“I was a bit apprehensive, but when I saw the work he did, it was, quite frankly, amazing,” Weekly said.

“It’s hard for anyone to lose a loved one, especially a comrade, or a father or brother. It’s sad,” he said.

Weekly says the paintings have already boosted morale inside the jail. 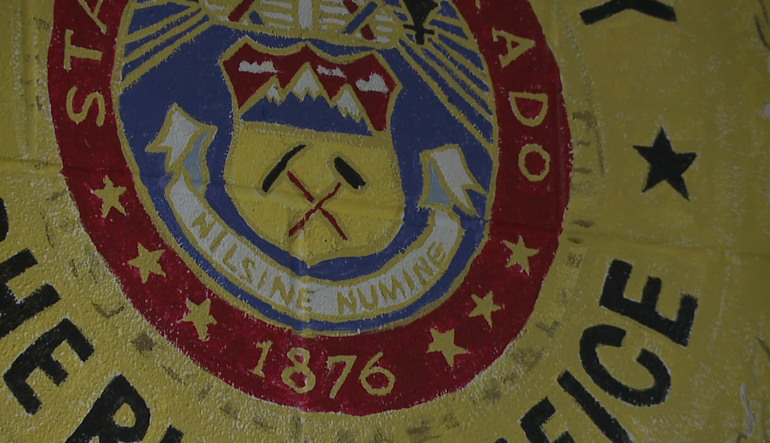 “The people who are in here, most of them are having a bad day,” he said of soon-to-be inmates. “This brightens it up.”

He said it’s also given deputies who work at the jail a chance to pay respects to their fallen brothers.

“Ron was actually my instructor for my law enforcement academy,” said Weekly. “He made a big impact on me back then.”

As for Mefford, he’s scheduled to be released later this year.

“I’m just looking to live life, I’m tired of doing this, tired of being in and out all the time,” he said.

Mefford hopes he never has to see these murals again.

“They always say don’t sign anything in jail, because you’ll just be back. But I feel like a left a good imprint.”

DENVER (KDVR) -- Fall color started popping up across Colorado over the weekend, days before the official first day of fall.

But don't get caught off guard: the foliage might not last long this year due to extreme drought.

As the Senate returned to Washington on Monday, all eyes were on Republicans Mitt Romney of Utah and Chuck Grassley of Iowa for clues to whether Trump and Majority Leader Mitch McConnell will be able to confirm Ginsburg's replacement anytime soon. A day earlier, Biden had urged unnamed Republicans to join Sens. Lisa Murkowski of Alaska and Susan Collins of Maine in opposing a confirmation vote before the Nov. 3 election. It takes four GOP senators breaking ranks to keep Trump's nominee off the court.

ATLANTA (NewsNation Now) — The Centers for Disease Control and Prevention updated its guidance for how COVID-19 spreads, going beyond just respiratory droplets and surfaces.

The CDC's website updated late last week says, "it is possible that COVID-19 may spread through the droplets and airborne particles that are formed when a person who has COVID-19 coughs, sneezes, sings, talks, or breathes."

A rapper, an elevator and an elephant: stories Ginsburg told