DENVER — A Denver woman is at her wits end after a group of homeless people began camping on her property outside her home.

Jolene Taylor said she’s done everything she can think of to get the campers to move along. They first showed up outside the house on April 11. She asked them to leave and they did.

Taylor called police. She said an officer drove by but didn’t actually stop.

“I called them again and said you didn’t do anything,” she said.

A Denver police officer eventually told the campers to move but said there was little else they could do. 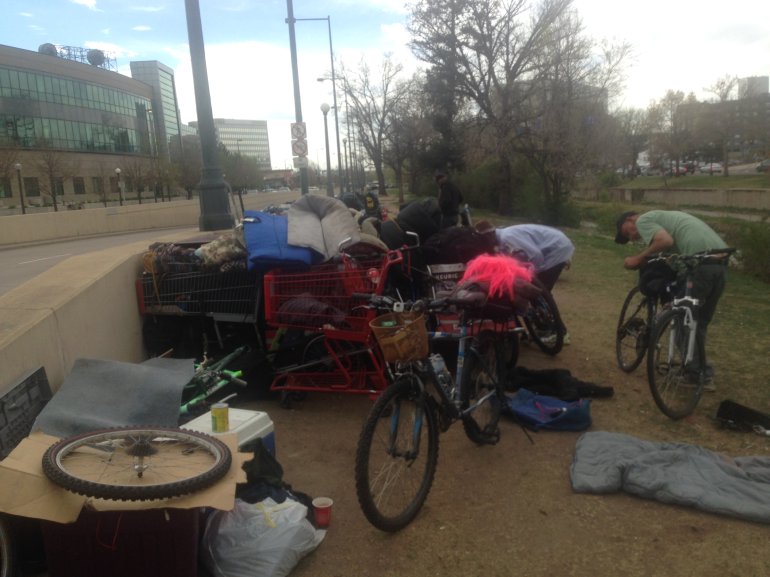 Taylor said she’s not only worried about her safety, she’s frustrated with the garbage the campers often leave.

“They’ve left a motorized wheelchair here before. They leave clothes and beer bottles. They leave all their stuff,” Taylor said.

She said the problem isn’t new. She just hasn’t had large numbers of the city’s homeless camping on her property until recently.

“Thursday morning I was making coffee and I looked out and there’s this dude peeing in front of me and I’m like oh man, you have got to get out of here,” she said.

Taylor is taking matters into her own hands. She’s put up no trespassing signs, security cameras and motion lights.

“And then the whole weekend I sprayed the whole area down because it smelled like the 16th Street Mall. I mean, this is my house,” she said.

However, some advocates for the homeless are less than sympathetic.

Avant and a group of other advocates for the homeless gathered outside Denver’s City County building Monday night to present a petition to the city council, urging leaders to overturn the city’s urban camping ban. 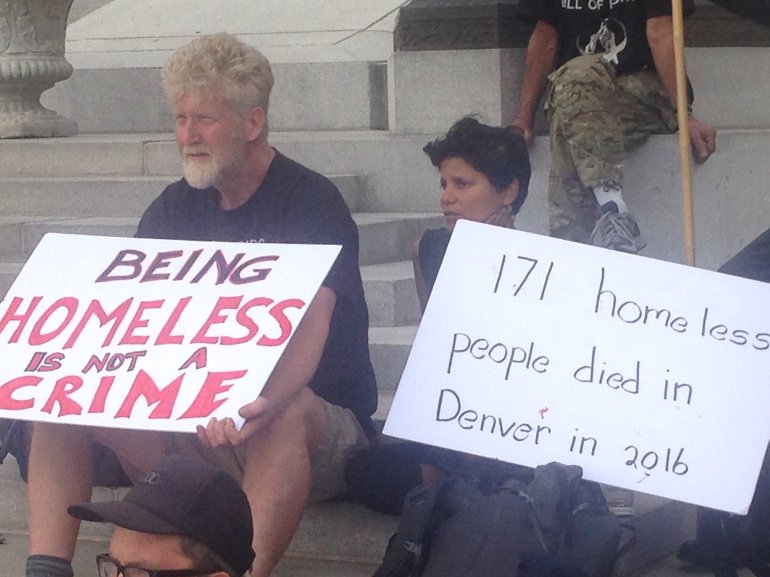 They say the homeless are being forced onto private property because they have no other place to go.

“They have to. They’re told they can’t stay here (in parks). It’s public property,” Avant said.

It took a couple of calls, but police finally told the campers on Taylor’s property to move, but Taylor fears they will return, leaving her with a problem that she says has shifted from public parks to her front yard.