The brothers, who don’t have names yet, have been quietly spending time behind the scenes w 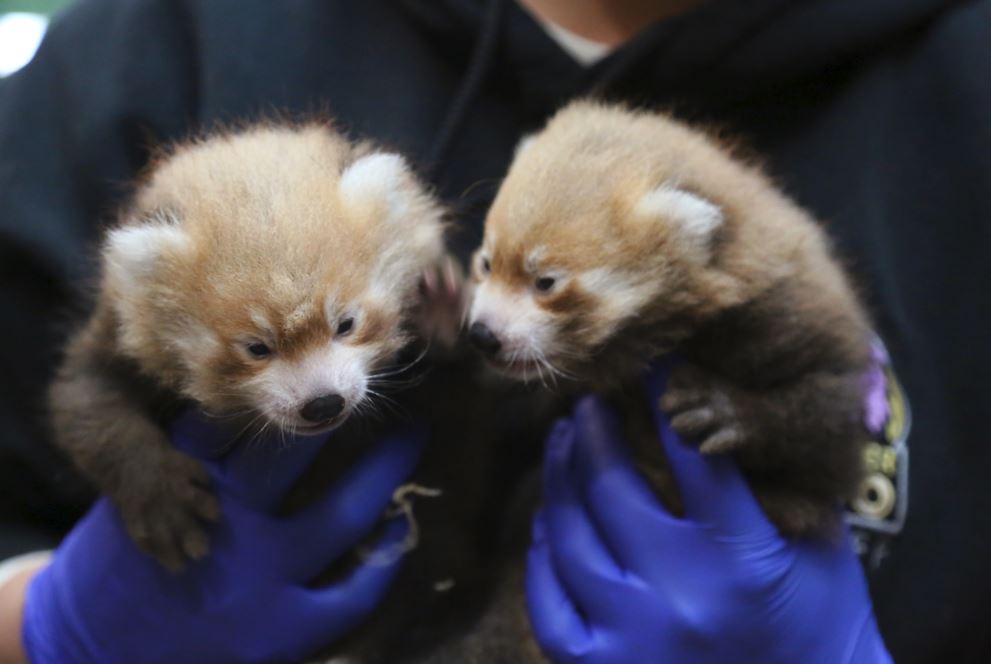 ith their mother, Faith, in a nest box.

Keepers say the cubs are doing well and growing fast; they currently each weigh just over one pound. They won’t, however, be visible to the public for another few weeks, when they’ll be more developed and ready to join their father, Hamlet, in the Zoo’s red panda enclosure, according to a statement released by the zoo. 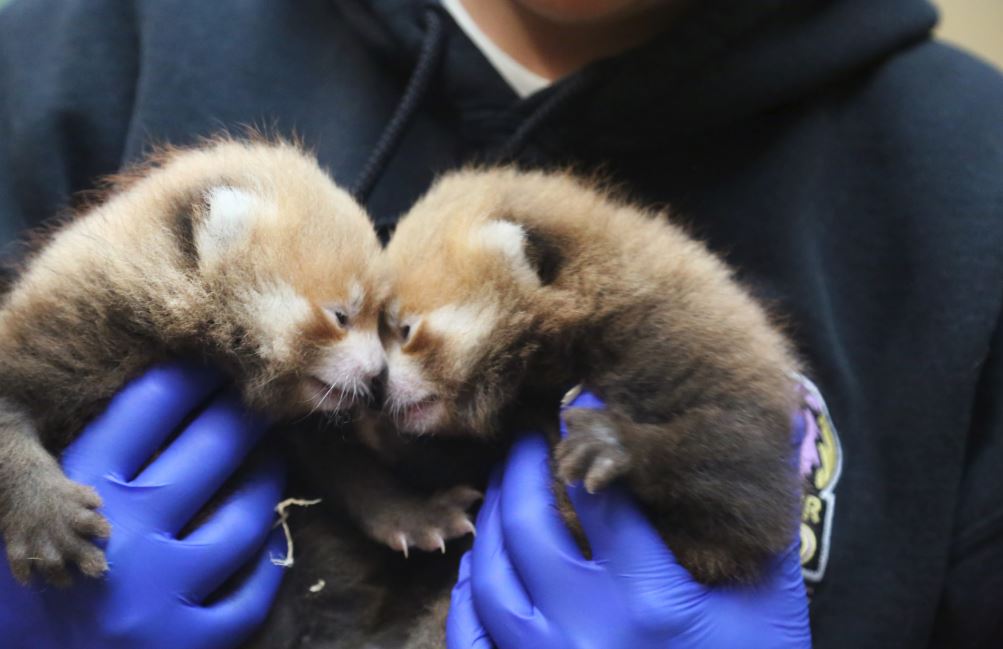 Denver Zoo animal care staff and veterinarians are keeping a close eye on the cubs, performing regular exams to check their weight, temperature and overall wellness. In their first days of life, the cubs received some supplemental feedings. However, keepers say the cubs and mother are thriving, and that the brothers are pretty feisty when they wrestle each other.

This is both parents’ second litter.

Red pandas are native to Asia and are most commonly found in Nepal, India, Bhutan, Myanmar and China. As their name suggests, the pandas are red and have off-white markings, large puffy tails and pointed ears. Red pandas, like giant pandas, have very specialized diet requirements and eat a large amount of bamboo daily. 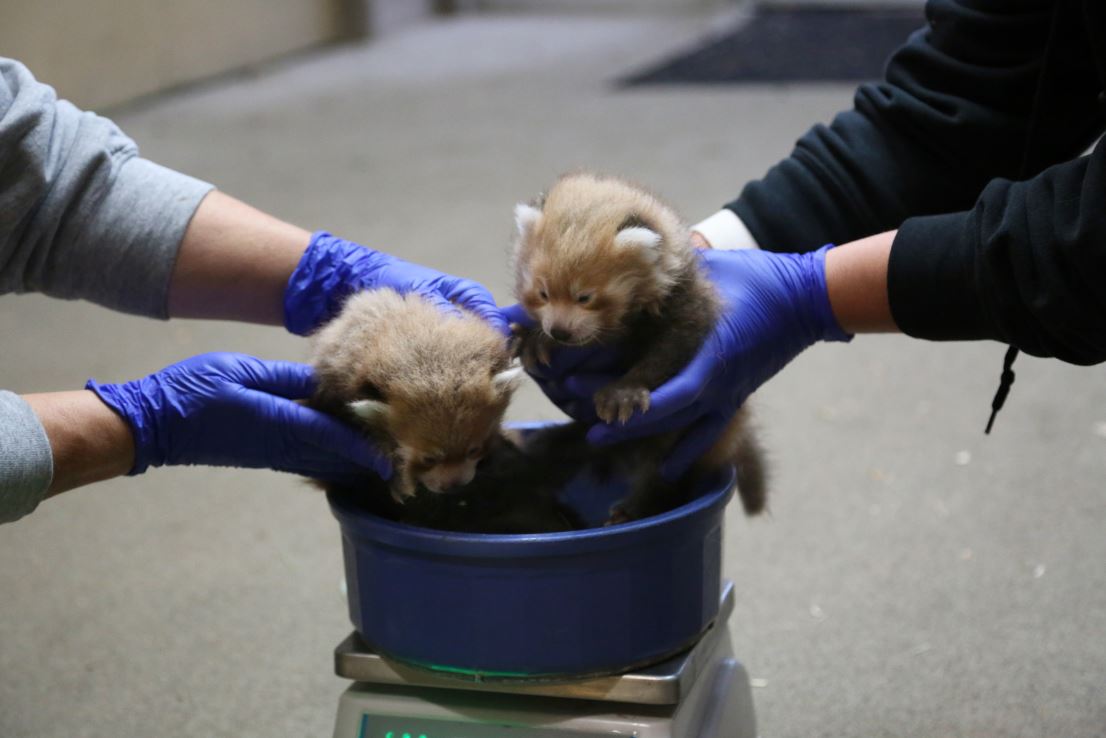 The International Union for Conservation of Nature (IUCN) classifies red pandas as an endangered species.

According to IUCN, their biggest threats come from habitat loss and fragmentation, habitat degradation and physical threats. Red pandas are part of the Global Species Management Plan (GSMP) in zoos around the world. GSMP is allied with field conservation efforts for animals around the world.

SAN ANTONIO, Texas -- The U.S. has just reported more than 50,000 new cases of coronavirus in a single day.

According to CDC forecasts, Texas is expected to see nearly 2,000 new hospitalizations per day by mid-July. That number is far worse than the numbers in March, April and May.

AURORA, Colo. (KDVR) -- The Aurora Police Department said the passenger of a vehicle driving on Tower Road was wounded in a shooting on Wednesday night.

APD said the shooting happened around 9:20 p.m. near 40th and Tower Road.

(CNN) -- The world may have changed drastically over the last few months due to the pandemic, but the laws of combustion have not.

While hand sanitizer has become an integral part of the daily routine for countless people around the globe, it could make for a painful combination this Fourth of July when fireworks come into play.

Closing bars to stop coronavirus spread is backed by science