DENVER — Police officers took a suspected carjacker into custody after the man crashed the vehicle in Denver on Tuesday.

Police said the suspect was involved in a carjacking near East 29th Avenue and Jasmine Street, and crashed the car just more than a mile away, at East 17th Avenue and North Monaco Parkway.

After the crash, the driver got out of the stolen car and ran from police, investigators said.

Officers set up a perimeter around the 1600 block of North Locust Street, which is about one block north of East Colfax Avenue, while they searched for the man.

Police initially said the man might have been armed and asked the public to avoid the area.

At about 12:30 p.m., police said they had a person in custody. Investigators later said a K-9 was deployed to help detain the man.

Police said there was still an active investigation underway in the area. Officials at 1 p.m. that officers had not found any guns, but were still searching the area.

No one was hurt in the carjacking. 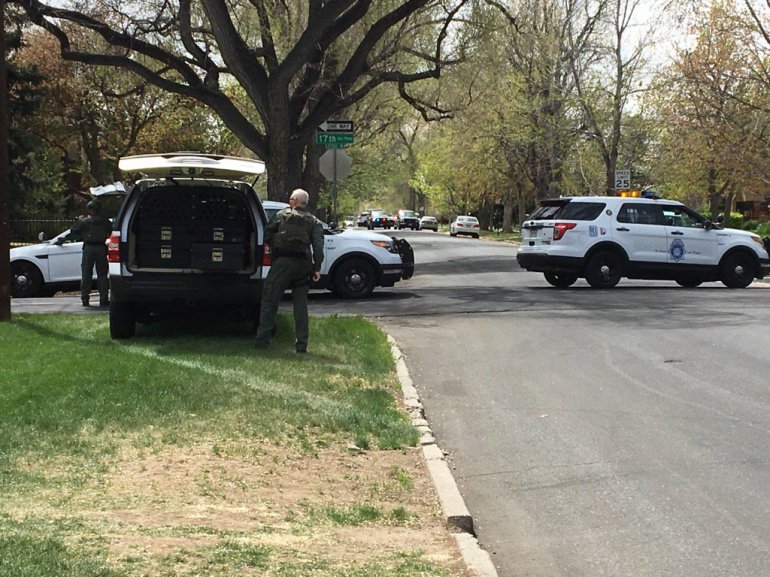