DENVER — An officer with the Denver Police Department has been fired for making repeated inappropriate and sexual comments to an intern during a police ride along last summer.

The investigation was sparked by the DPD program coordinator who the intern confided in during a routine check-in about her internship.

According to the department, Officer Jeremy Ownbey was let go on March 28, 2019 following the conversations with the intern as well as comments of a sexual nature made during a call for service that took place last summer.

Ownbey reportedly told the female that he didn’t usually have an intern assigned to him for a ride along because of his actions handling a “swinger event” that resulted in his near termination.

Ownbey was charged in 2014 with trespassing and DUI. He was also charged with child abuse for leaving the couple’s children home alone. 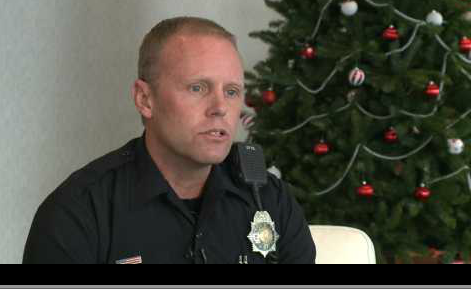 All charges were later dropped but Ownbey was suspended 90 days for lying and told he would be fired if he got in trouble within two years; that was in March of 2016.

Throughout the course of the eight-hour ride along with the female intern, he said “the day would be something much worse than anything she could read about me in the news.”

Ownbey joked to the front desk clerk his intern was “a prostitute who had earlier escaped his custody” then in the patrol car called her the “hot blonde intern” several times and jokingly called her a whore “Who could make a lot of money on the street.”

Later, he “brought up the topics of waxing and laser hair removal (and how) …She should explore those options.” He even joked “about having a chance to perform “mouth-to-mouth” on her.

The intern said she didn’t speak up to the officer because she viewed him as a superior. “I kind of looked at him and like, rolled my eyes,” she said.

The intern was too afraid to request a formal investigation because she didn’t want to be known as a “snitch” admitting her “goal is to get on the department so i didn’t know how to handle it.”

“I think it’s sad that she didn’t feel that she had the ability just as a person to tell him that he was being inappropriate in making her feel uncomfortable,” Laura Richards, an organizer of local MeToo rallies, told Investigative Reporter Rob Low.

The officer also told the intern that he thought she prefers “uncircumcised, dirty” male genitalia.

The woman said she never felt unsafe during the ride along but that she felt “quite uncomfortable from the, like, all day badgering with him.”

Other officers interviewed regarding the case described the intern’s behavior as flirtatious, playful and “overly chatty.”

During a separate ride along, however, the supervising officer reported the intern’s demeanor as both professional and polite.

Ownbey admitted he treated the intern like one of the guys which led to the “mistakes” he made.

In his own words, Ownbey agreed that his comments were rude, not appropriate for the workplace, unbecoming and could be repulsive to some.

Officer Ownbey is appealing his termination.

A statement from the Denver Department of Public Safety said, “Officer Ownbey was dismissed for engaging in behavior towards a female civilian intern that was contrary to the values of the Denver Police Department and a violation of DPD policies. We understand that Officer Ownbey has exercised his right to appeal this decision, so will not offer any further comment at this time.”

DENVER (KDVR) -- New homeowners in the Montclair neighborhood are shaken after a stolen car plowed through their backyard and into the garage of their alley neighbors.

"'I looked out the window and looked at my boyfriend and said 'our fence is completely gone,'” Paige Sherman said.