Tumpkin was charged with eight counts of assault in January. He was asked to resign from the university and did so on Jan. 27. 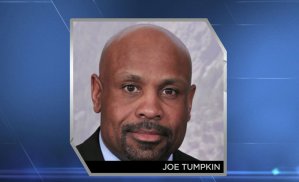 Tumpkin is accused of physically abusing his ex-girlfriend during the course of their three-year relationship. The alleged victim told her story to Sports Illustrated.

Chancellor Philip DiStefano wanted to clarify the timeline of what officials knew as well as other points in the article.

“First, head coach Mike MacIntyre, athletic director Rick George and I want to apologize to the victim in this case, as well as to her son,” DiStefano said in a statement. “She should have received an immediate response from the university pertaining to the actions we might take as well as expressing concern for her safety and any support she needed to deal with repercussions of the trauma she suffered.

“At that time, we believed that it was premature to take personnel action because there was no restraining order, criminal charges, civil action or other documentation of the allegation.”

ARVADA, Colo. (KDVR) -- Wednesday marked the first day most Denver-area restaurants could reopen to dine-in customers since March, when Gov. Jared Polis' stay-at-home order went into effect. Some Colorado counties, including Douglas County in the southern metro area, had already been allowed to begin reopening through state-approved variances.

The state has a number of guidelines in place for restaurants, including restricting indoor capacity to 50% of what it would normally be. However, there is no limit on how many customers can be served outdoors.

DENVER (KDVR) – The temporary transformation of the Colorado Convention Center into an emergency hospital is taking a toll on local restaurants.

The state’s joint information center confirmed: “The State of Colorado has a lease for a medical shelter at the convention center until December 31, 2020.”

SUMMIT COUNTY, Colo. (KDVR) -- Arapahoe Basin Ski Area opened Wednesday after being closed down by the state for 10 weeks in response to the pandemic.

Once given the go-ahead to reopen by the state last week, the popular ski area wasted no time preparing.

Multifamily firm AvalonBay is developer under contract for Racines site

US deaths from coronavirus surpass 100,000 milestone

A Taste of Colorado canceled for 2020