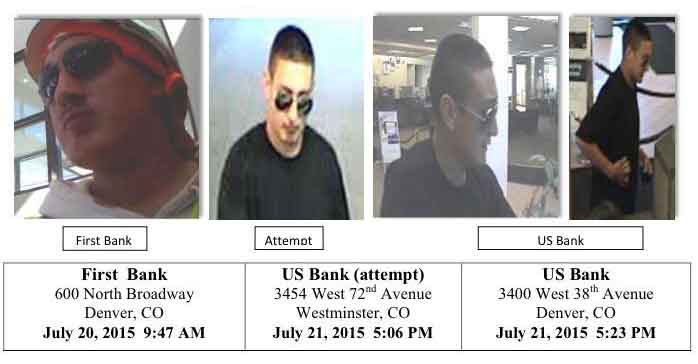 Police said he presented a note to a teller and then fled the bank on foot.

Anyone with information is asked to call Metro Denver Crime Stoppers at 720-913-7867.