A crew has successfully blasted one of the massive boulders that destroyed a section of Highway 145 between Cortez and Telluride, according to the Colorado Department of Transportation.

Officials said they are “extremely pleased with the outcome”.

Trucks started hauling the fragments away so that traffic can begin flowing on a temporary road being built by CDOT’s maintenance division but the task of hauling away the rubble may not be completed until Monday. 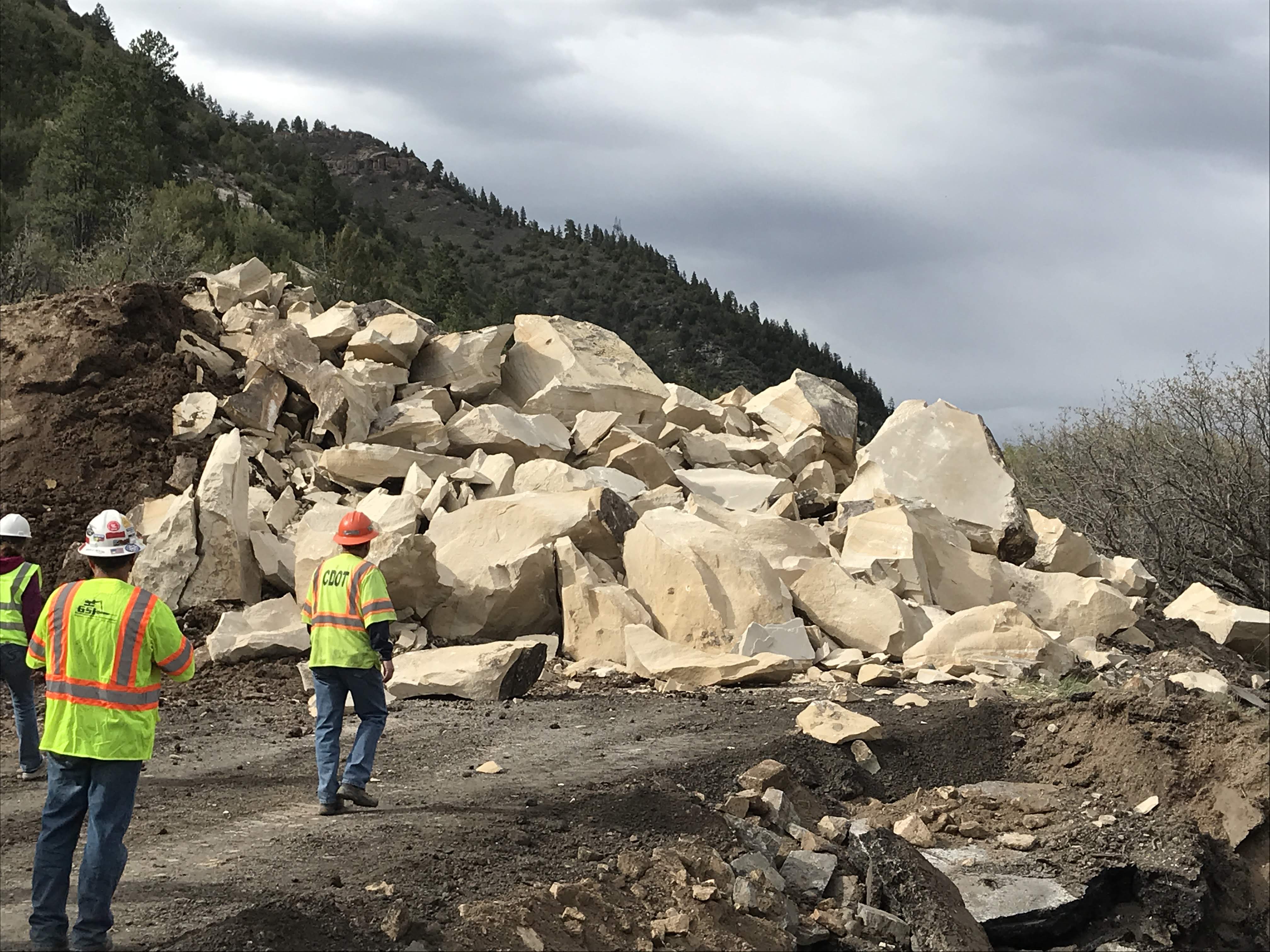 The enormous 2.5-million-pound rock tumbled and plowed its way to the two-lane highway from a ridgeline roughly 1,000 feet above on Friday.

CDOT officials say the second massive boulder, which created an eight-foot trench across both lanes and landed on the east side of the road, may remain where it sits.

AURORA, Colo. (KDVR) -- The Aurora Police Department is investigating a suspicious death at a home just east of the Southlands shopping center.

According to APD, about 4:22 a.m. Saturday, officers responded to 24511 E. Applewood Cir. on a reported shooting.

According to Denver Police Department Division Chief Ron Thomas, shortly before 9 a.m., the BNSF officer contacted a person who was trespassing on railroad property near East 46th Avenue and National Western Drive.

Below is the latest basic information about each of the four wildfires. Click on the name of the wildfire to visit the most recent article about it.